After .TECHNO in 2017, Galerie Eric Mouchet presents Imago Super Praxis, Samir Mougas’ new personal exhibition. Samir Mougas discovered the manufacture of ceramics in 2018 and explored this medium widely since then, notably during a residency at the JamFactory in Adelaide (South Australia) in 2019. In his work, ceramics is the subject of technical and formal experiments (molding, casting, glazing, etc.) and he creates forms that are either free or inspired by his preparatory drawings. The three sets of works he shows in Imago Super Praxis bear witness to his demeanor, both calm and restless. In his work, he tinkers with forms and references, drawing as much on the great names of art history as on the phenomena of cultural niches.

Anne-Lou Vicente: What kind of forms do you make in ceramics and how do you go about it?

Anne-Lou Vicente: The sneaker as the ultimate extension of a hip individual’s body has very clear fetish object con-notations to it: the sneaker is now a cult, cultural, historical and even political object.

Samir Mougas : Any design has an underlying aesthetic intention to it, and that intention in turn has a political in-tention. When you think about it, the magic formula for the sneaker is actually quite straightfor-ward. It’s just a few dozen grams of plastic granules injected into a mould to make a product that conveys a huge number of stylistic characteristics that correspond to the tastes of a time or in-dicate a certain lifestyle. A value is then placed on it to to maximise the financial return.

Each model of sneakers is connotated to a specific life aesthetic that most of the time is pretty alien to the person buying them. It’s a classic case of ornamentation, and in that sense it’s quite close to what you see in the animal kingdom: courtship rituals and the intimidation, defence and protec-tion strategies of insects, amphibians and other classes of species. The purpose of the object is to project an image that is not characteristic of the individual projecting it.

For me, the cheap plastic hub caps you find lying on the side of the road fulfil exactly the same purpose: each indi-vidual design refers to a specific style and a specific socio-cultural class. I started out doing hub caps as a way to ease myself into ceramics, and recently I started making them again alongside sneakers. Similarly to how they’re made in factories, I use the technique of moulding and make around twenty copies from each mould. I use them as large test surfaces for trying out different enamels, which also allows me to remove these objects from their highly constrained design frame of reference to a much more fantastical plane. 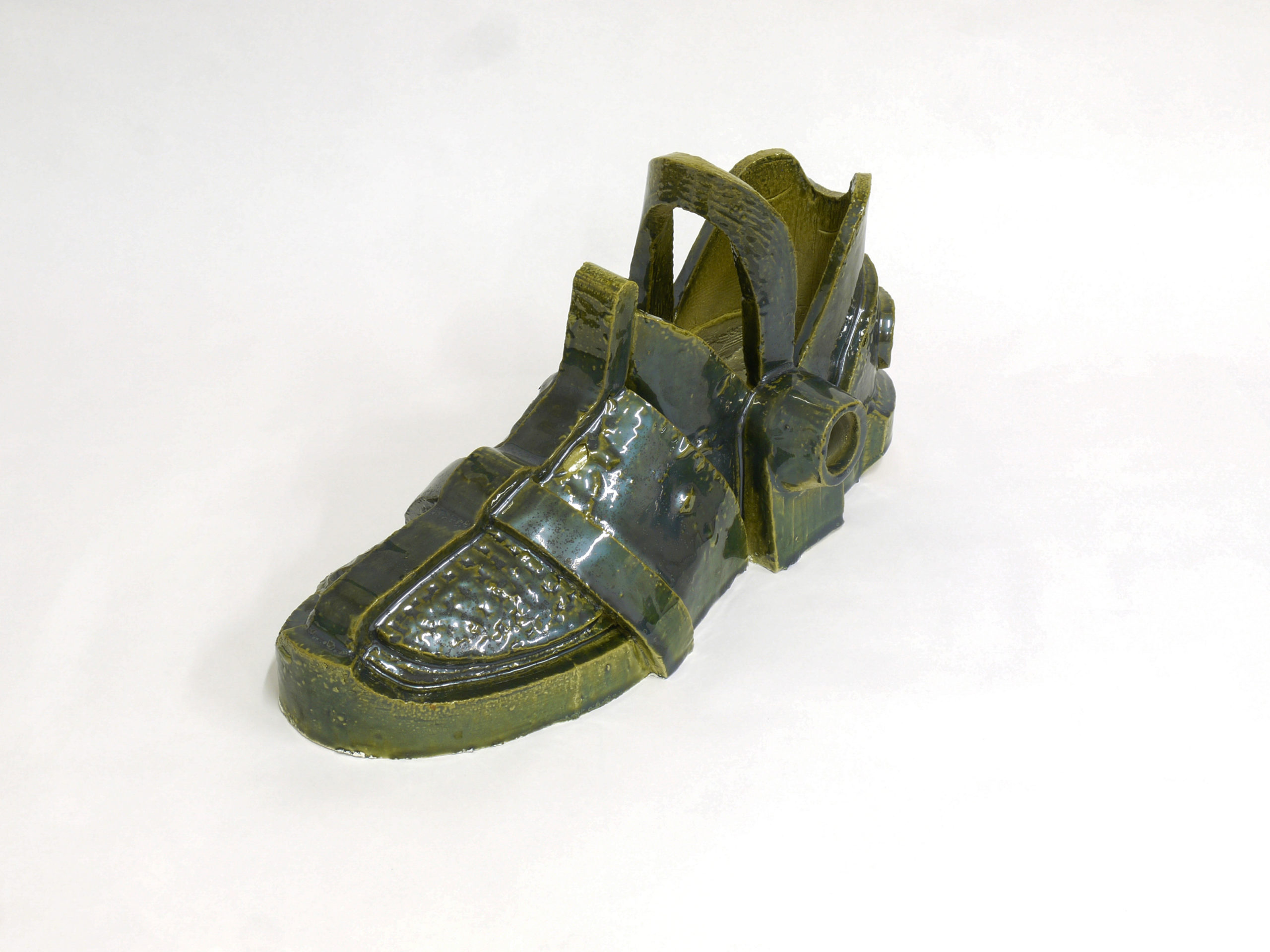 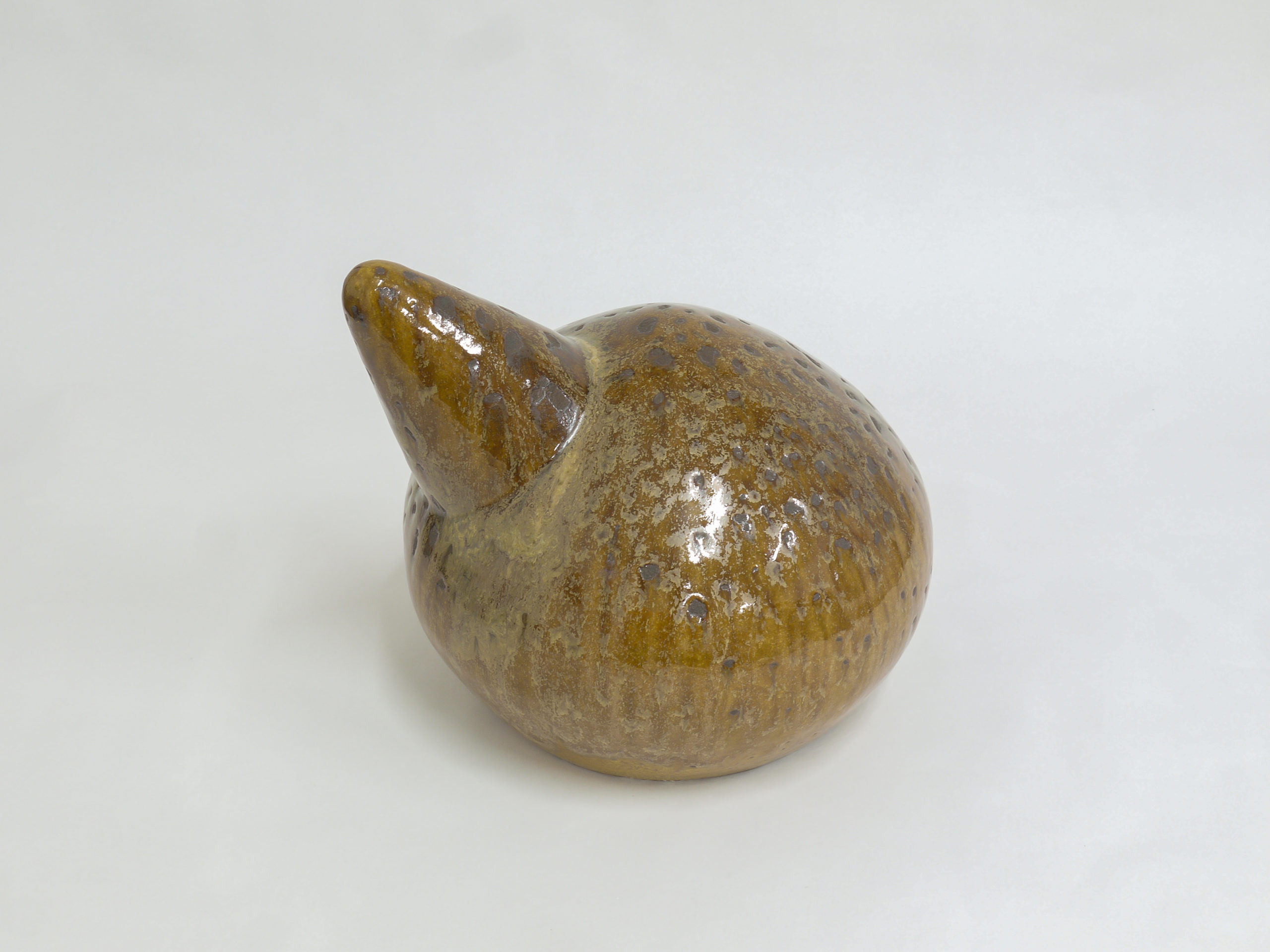 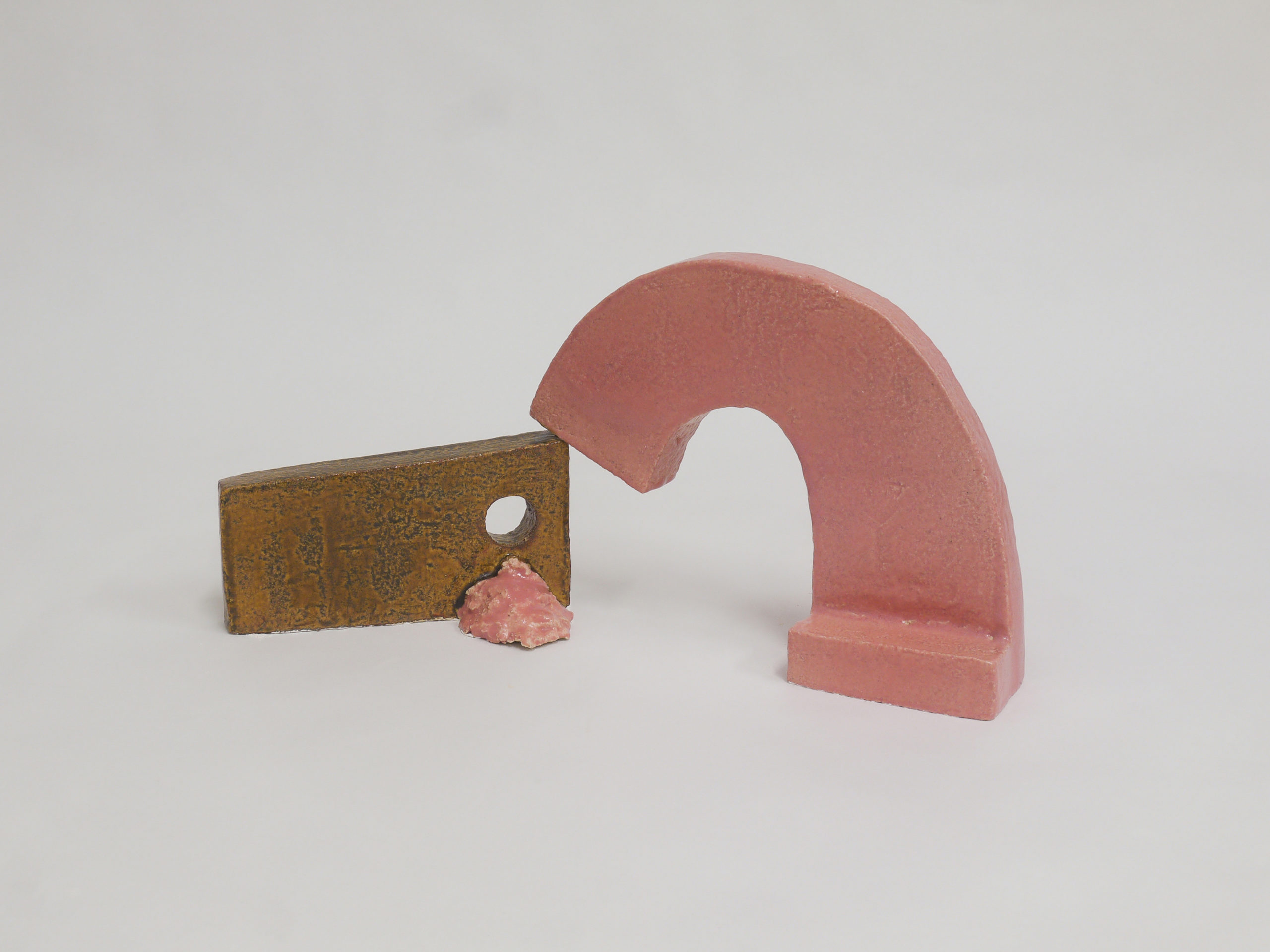 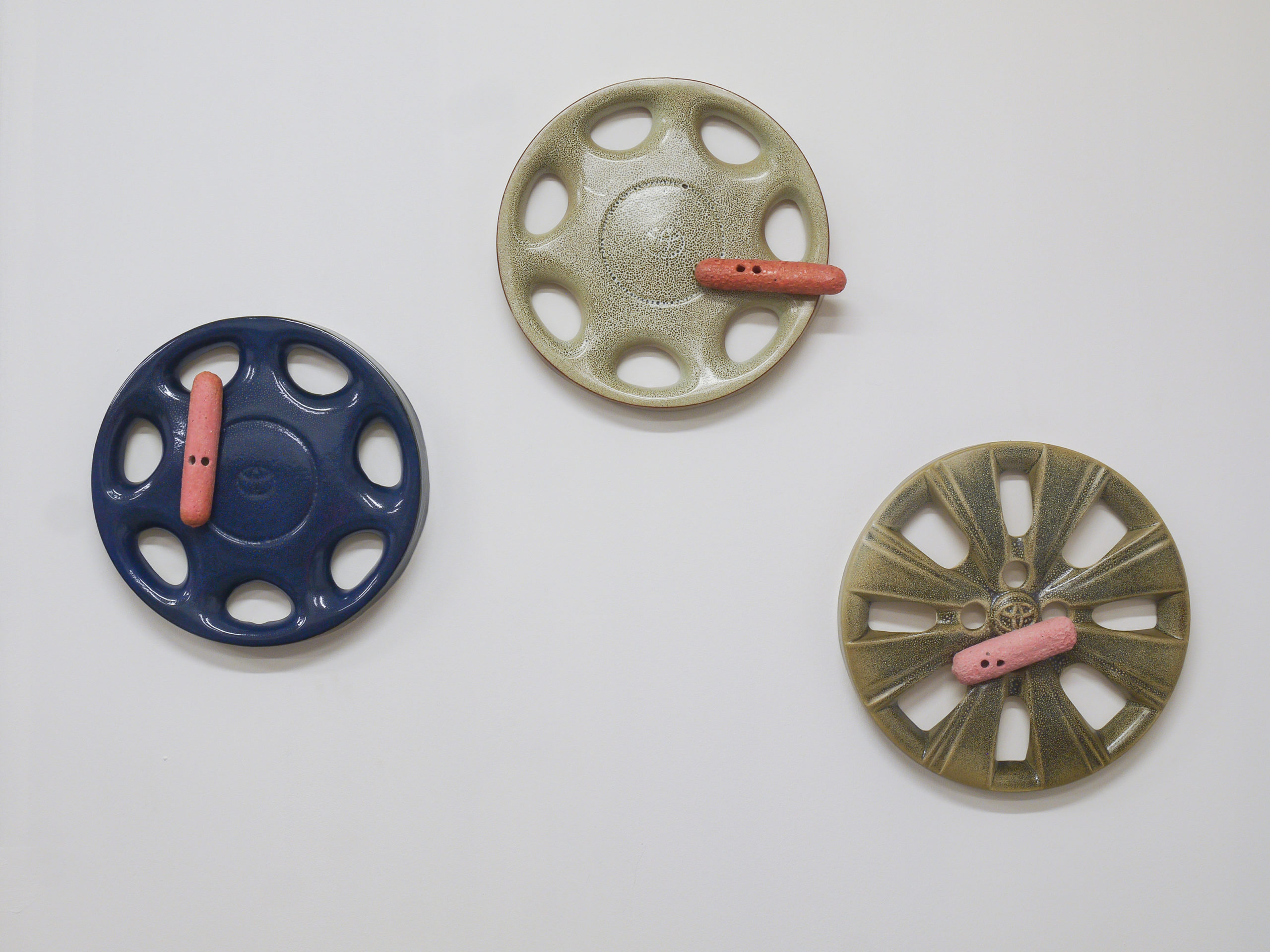