One could introduce the work of Bérénice Lefevbre by her subject matter: urban space and its architectural structures, which the artist has photographed for several years on the outskirts of Paris. It is important, therefore, to touch on her conception of walking as the practice of appropriating a particular territory, echoing Michel de Certeau in his text The Invention of the Everyday (L’invention du quotidien, 1980). One must also note her attachment to printmaking, sharing a common technical approach with Jean-François Chevrier, who describes it as “an operational model that enables a variety of transformations to intervene in the image, through chance and magic” (La trame et le hasard, 2010), within which she finds her creative liberty. These few indications, however, only reveal a rough sketch of the visual experience offered by her work. Since completing her studies at the École des Beaux-Arts in Paris, Bérénice Lefevbre doesn’t identify herself within any discipline acknowledged by this institution and, despite her attachment to printmaking techniques, her work develops through different media. This fluidity between media does not, however, express itself via a multitude of heterogeneous practices that deal with a common subject, but rather through close collaboration between a specific group of techniques: photography, printmaking, collage, installation, environment, and sculpture, within which she searches for the effects of contagion.

With Peripheral Visions, Bérénice Lefevbre offers a new scale for her experimentations. From its conception to its hanging, she envisions the image in its spatial dimensions. With Mechanical Wefts, for instance, the exhibition transformed into an in-situ installation. The photographic material was enhanced through touch-ups, artificial screens and abstract graphic patterns, whose complex weaving disrupts vision and our understanding of a given environment. On a small scale, the series of prints Wallscapes both continues and precedes this body of work. The torn images are recomposed into original puzzles, unravelling both architecture’s rigidity and photography’s perspective. In Boundaries, architecture directly inspires sculptural form, in addition to the screen-printed patterns, which form an assemblage of half-blind windows. From one piece to the next, the abstract and figurative elements repeat, and each composition creates new combinations of signs, like a singular form of photographic writing.

This is where Bérénice Lefebvre’s practice most clearly joins with printmaking. By letting variations infiltrate a serial printing practice, she flirts with the idea of a singular piece, yet the work always expresses itself most fully in series. From printmaking to collage, drawing to screen printing, and on a variety of supports (papers, canvas, Plexiglas or steel), digital photography is therefore “de-territorialized” by the artist, creating a new, visible framework for these dated architectural structures, which are testimonies of controversial and condemned forms of urbanism. She stays close to a social vision of printmaking: that of an accessible artwork, employing a restricted means of production. This creative economy is revealed by the technical choices of the artist, which depend on collaboration between the hand and the machine. Here, the artistic gesture inspired by the machine contradicts the myth of the original artwork as a unique product of artistic genius. Meanwhile, Bérénice Lefebvre keeps herself equally at a distance from an art of simulacrum, and the society of production.

The works remain marked by their subjectivity. The fragmentation of images creates a kinetic effect that evokes the walker’s point of view, via their temporal approach to space. It is possible to read architecture under construction as a long metaphor for emerging creation, or rather to see within the repetition of images a perpetual reactivation of the history of the represented spaces. One could even see them as a methodical portrait of these standardized architectures. Urbanism and printmaking traverse the history of western civilization and carry many fantasies along with them. Bérénice Lefebvre affirms her point of view, but also creates a sense of detachment, enabling dialogue between these different interpretations. 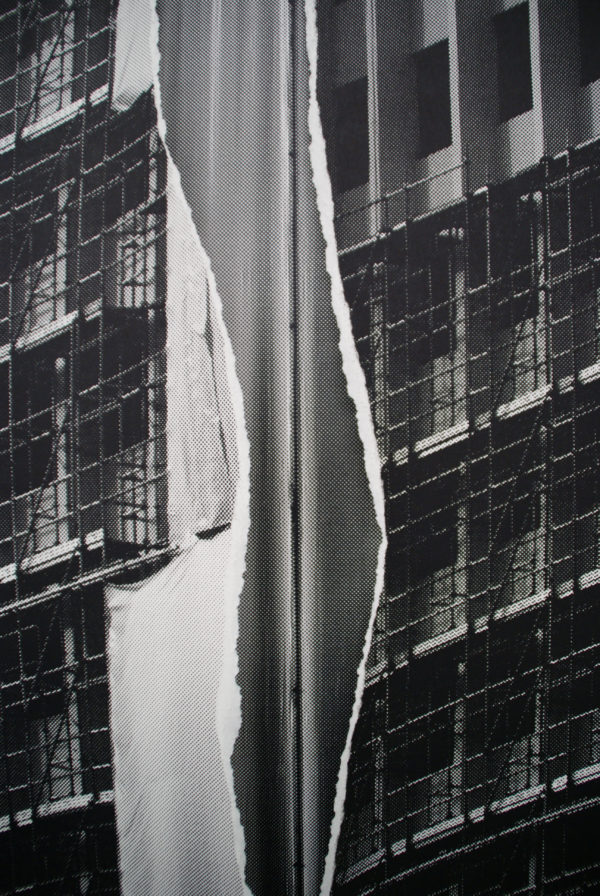 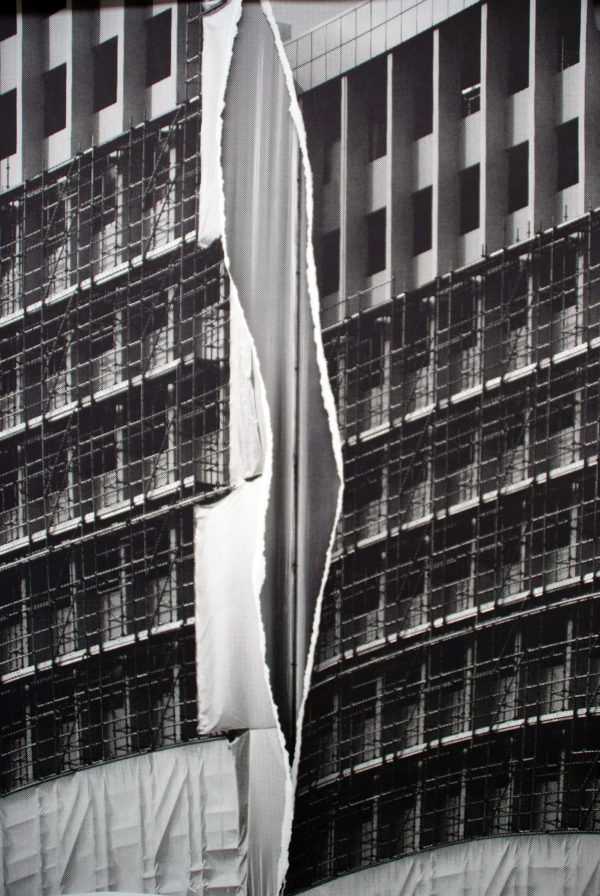 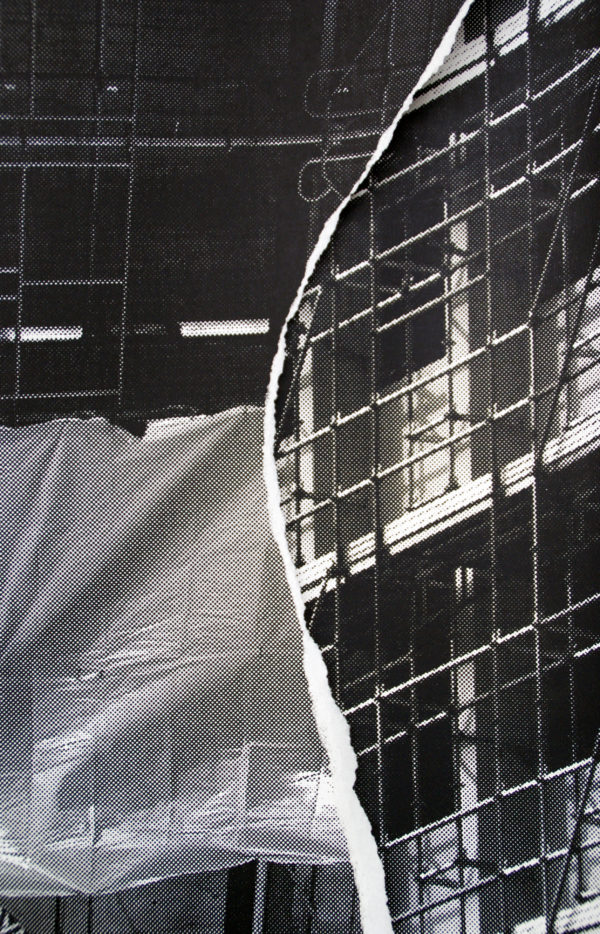 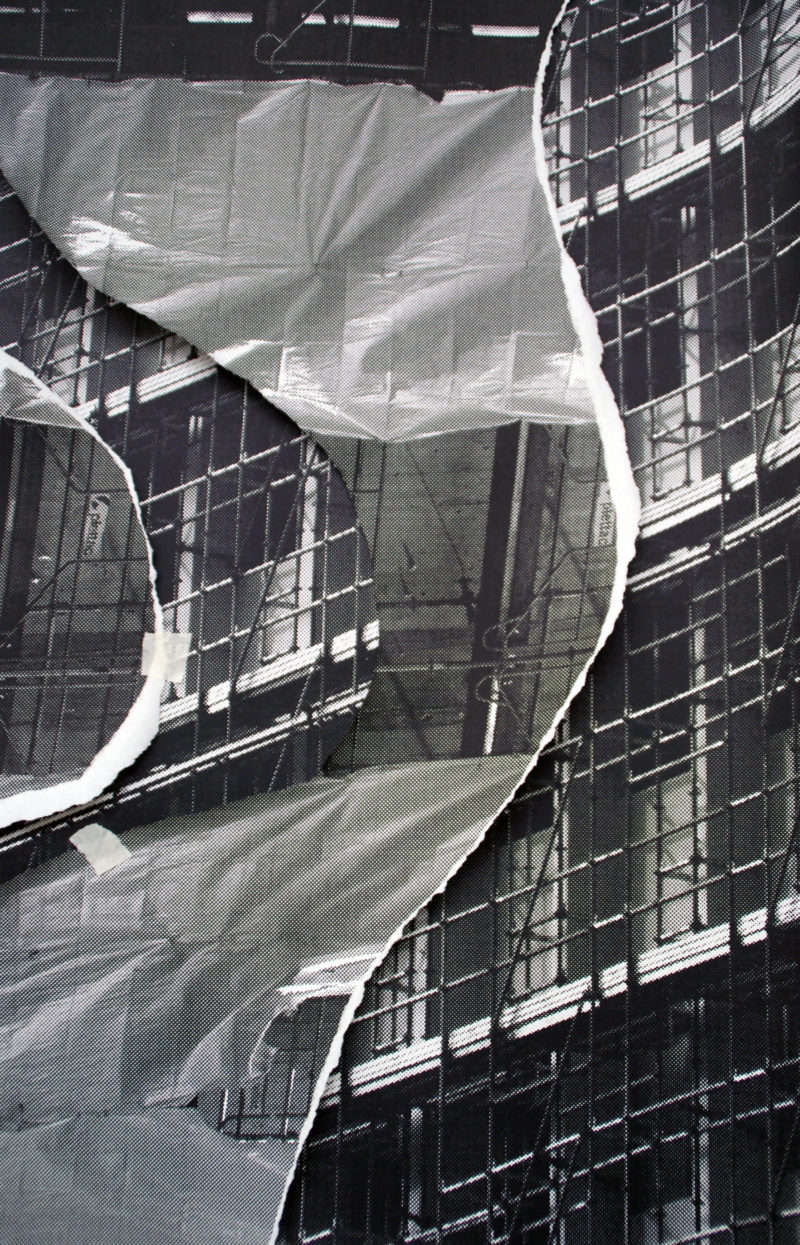 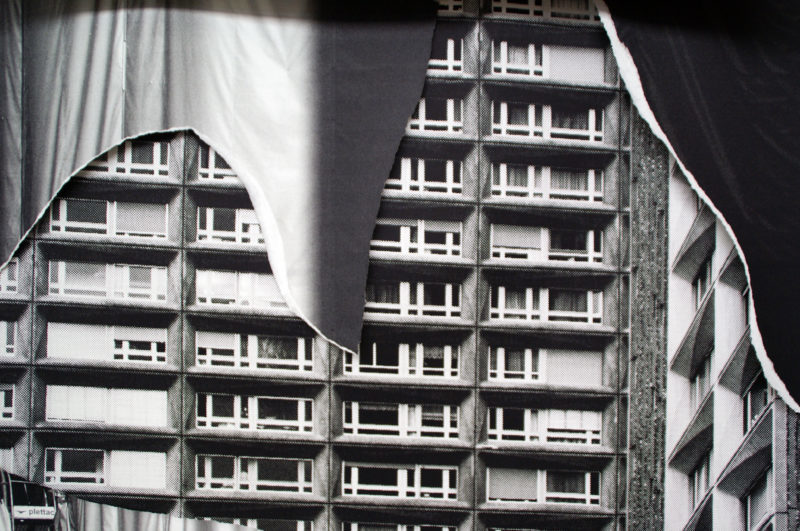