Galerie Eric Mouchet is pleased to present ‘‘L’hiver n’aura pas lieu cette année’’ (There will be no winter this year), an exhibition by Vincent Voillat from 7 September to 12 October 2019.

The poetic title of Vincent Voillat’s exhibition resonates like a wish: summer should never end. It could be the title of a technical report announcing – in a very personal way – the imminent disappearance, or even the announcement of the end of our common destiny, threatened by an environmental catastrophe.

It is a title as elusive as rock is, and whose temporal inscription transcends human existence. Because the mineral reminds us of a world where human presence did not exist and evokes a moment in the future where the earth will once again be rid of it.
The artist sees an exceptional lesson of relativity in the timelessness of rock. This is one of the reasons why rock, in its natural or polished state, is so fascinating to Vincent Voillat and why he never ceases to explore its history, its various forms and the questions around it. Just like Sisyphus was condemned to roll a boulder up a hill without ever reaching the top, Vincent Voillet never succeeds in thoroughly answering these questions, and he probably doesn’t want to.

Wrongly described as inanimate substances, stones are in fact in constant motion. The artist therefore aspires to a poetic de- and restructuration of the relationship between humans and things so that we, the earth inhabitants, may give up on placing ourselves at the centre of the world and gather around us everything that is not human, with a utilitarian purpose. In this quest for a new order, Vincent Voillat refuses the dichotomy and invites us to an open vision, with no border, freed from human arrogance.
In order to free stones from their utilitarianism and grasp a rebalancing of the world, Vincent Voillat invites us to apprehend the weight of the world through the mediation of tales and shapes inspired by rock. He sometimes substitutes geological terms for “human” inventions in an attempt to move away from a literal anthropomorphism.

Through art, Vincent Voillat expresses the implicit power of this ordinary material, thereby giving its intensity and its associated stories a visibility that alternates between artistic beauty and the beauty of nature. That way, the “being in itself” quality of stones is highlighted and replaces its usual “being for others” status whose unique raison d’être would be to be within hand reach Heidegger’s concept of Zuhandenheit). The ground is prepared to meet the urgent need of rethinking Anthropocene… 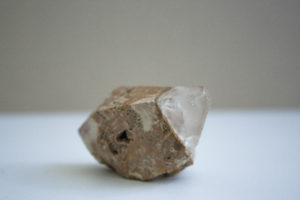 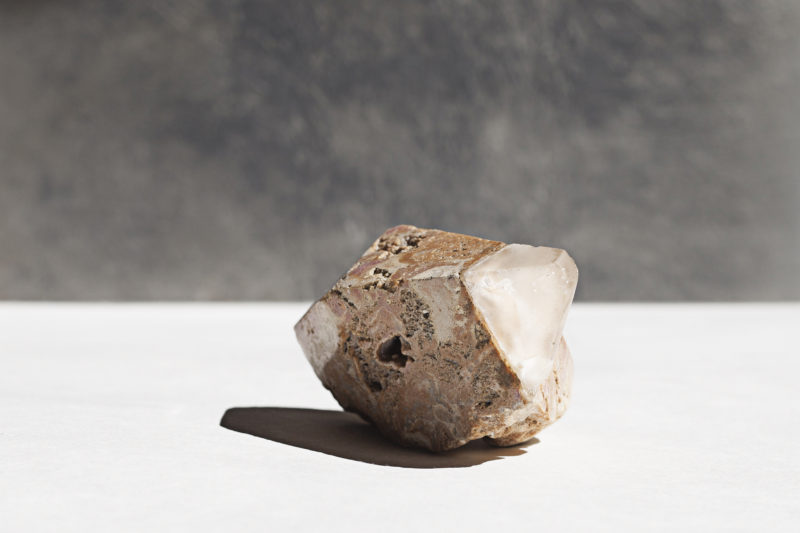 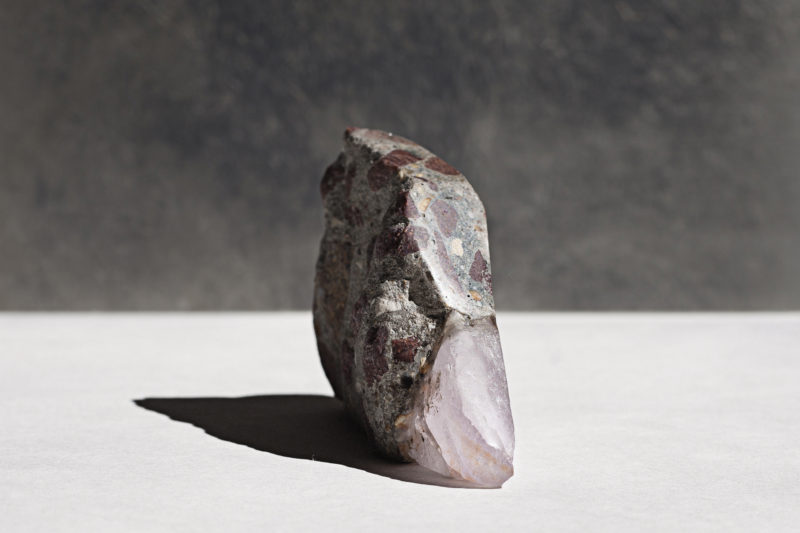 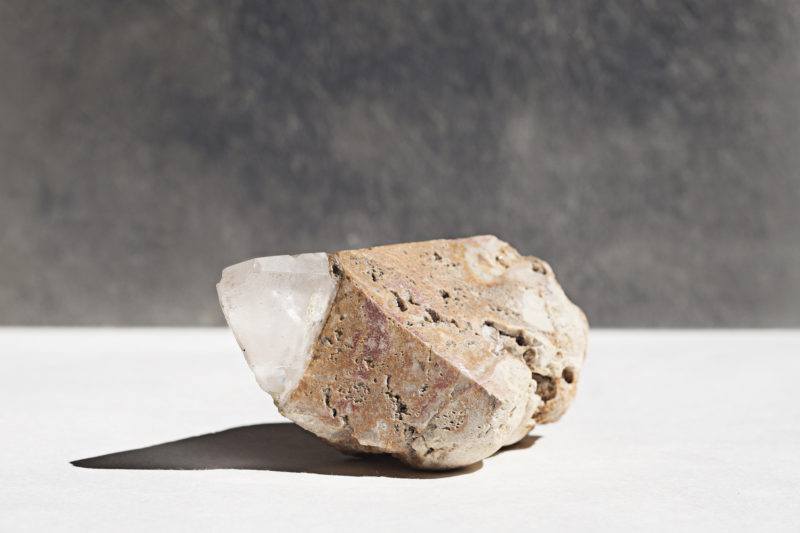 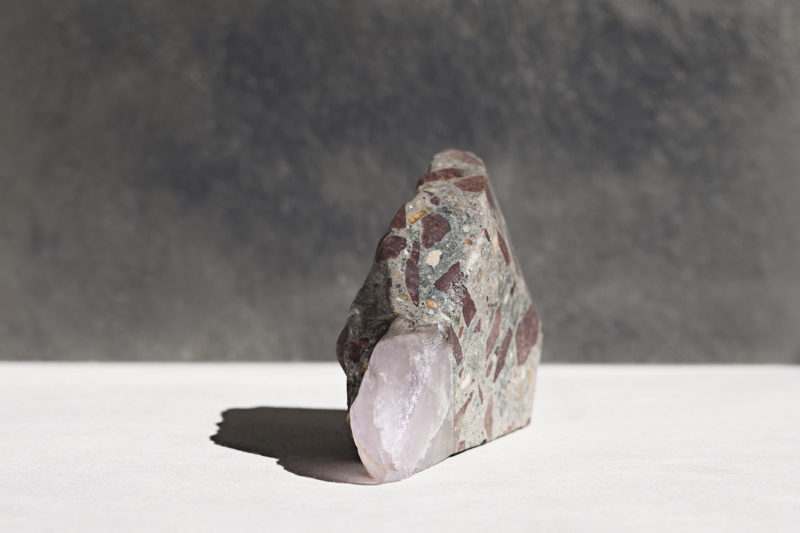 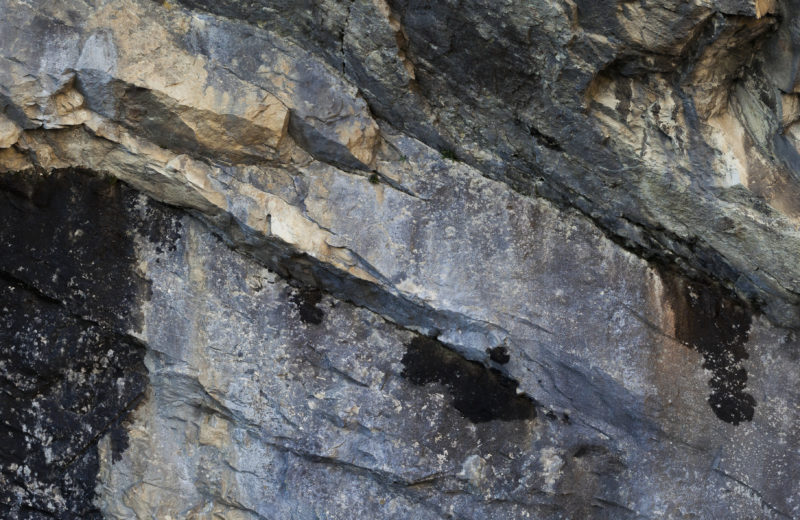 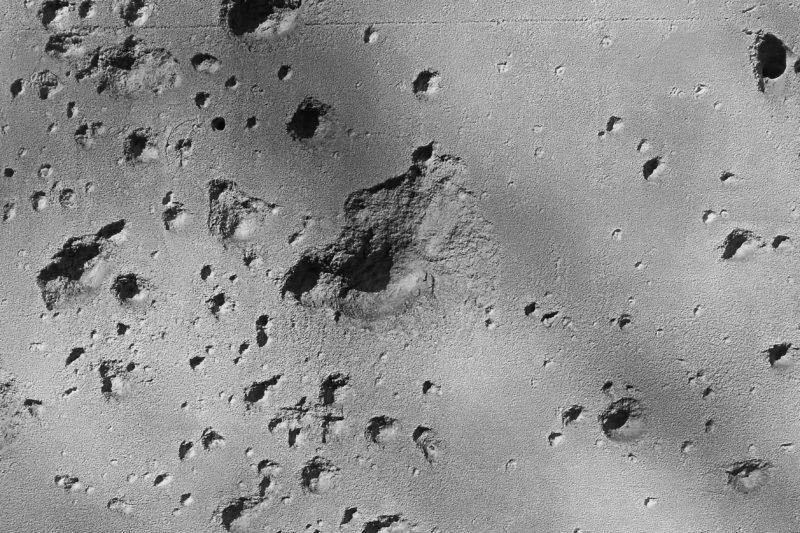