Ella Bergmann-Michel was born in 1896 and she was a German abstract artist, photographer and documentary filmmaker. An early student of constructivist art in Germany, her contributions to modern abstract art are often forgotten in American art culture. Bergmann-Michel’s style was very specialized and unique, especially considering the restrictive time in which she was actively working. Bergmann-Michel began making art at an early age. By 1915 she experimented with a collage technique in the constructivist style. By using wood, metal and any other obscure material Bergmann-Michel would create very exact and scientific looking collages. By the 1920s Bergmann-Michel had begun to expand her technique even more. In a time when abstract art was considered a lesser art form, Bergmann-Michel incorporated poetry into abstract pieces; she would paste words of meaning right on top of the canvas, as well as paint words on. Bergmann became one of the first artists of the constructivist movement to incorporate photography into her artwork, this was a very important advancement of abstract art, one that was used often by more contemporary artists such as Andy Warhol.

Robert Michel was born in 1897. In 1917 Robert Michel moved to Weimar, Germany, where he established a practice as an independent artist. In 1919 he produced collages and drawings which were influenced by the Bauhaus. He exhibited with El Lissitsky and Kurt Schwitters in Nassau and Wiesbaden, Germany, and traveled with the two artists to Holland in 1927. He also participated in the shows “Abstract Art” (Frankfurt, 1932) and “50 Years of Collages” (Museum of Saint-Etienne, 1964). In addition he has had solo exhibition in New York, United States (1968), London, England (1972) and Hamburg, Germany (1974). Michel married the artist and photographer Ella Bergmann in 1919. 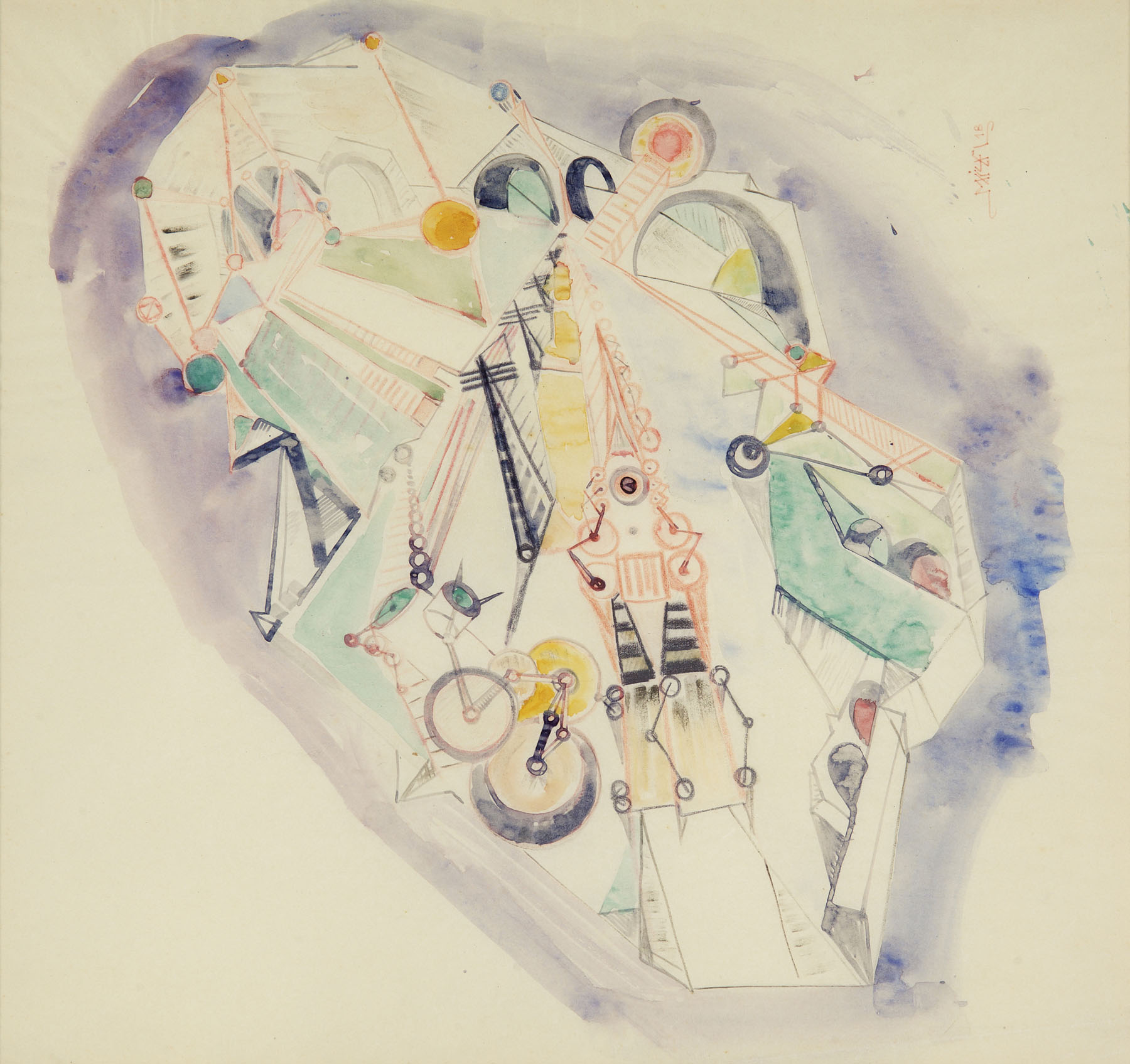