Born in 1985 in Virginia Beach, VA, Wells Chandler was raised within a conservative family in Texas and now lives, works and teaches in New York. He identifies as a fluid non-binary transgender boi and uses the masculine pronouns “he/his”. Wells Chandler is a painter who works with vernacular materials including polymer clay, acrylic yarn, resin and sponge, as well as Christmas decorations and ornaments. Drawing, both solo and collaboratively, is at the center of his work. Wells Chandler’s preferred media are crochet, embroidery and cake decoration, which he describes as “markers of the kind of woman I never became.”

Every one of Wells Chandler’s exhibitions invites us to explore Queertopia, a psychedelic world where “the zany and the profound reign supreme” populated by de-essentialized bodies in vivid colors, queer bodies that celebrate “in-between-ness.”

The Issenheim altarpiece painted by Matthias Grünewald between 1512 and 1516 is Wells Chandler’s favorite piece of art in France, and he has chosen for his first exhibition at Galerie Eric Mouchet to make it the reference point for a new series of works, specially created for the space. The figures in the altarpiece, especially the panels depicting the Crucifixion, St. Sebastian and the Torment of St. Anthony by demons, are interpreted and represented as trans-species bodies engaging in BDSM. The altarpiece was created for the hospital monastery of St. Anthony where care was offered to patients suffering from ergotism, an illness caused by the ingestion of rye infested with a microscopic fungus that causes hallucination and intense pain.

Wells Chandler uses vivid colors because for him jubilance and happiness are radical options that destabilize the establishment. Colors bring about a jubilant strangeness that allows him to build non-conformist bodies that he often genders as bois. Seldom used in France, the word boi is an inclusive queer term that allows the possibility of constructing a credible alternative to the categories established under the heteronormative patriarchy.

Wells Chandler thus creates utopian bodies. His figures allow him to invent radiant figures whose genitalia are replaced by rainbows and to bring to bear other organic materialities, infusing his bodies with their astounding plasticity in a state of hallucinatory jubilance.

Blue Elf with a Panty Crown 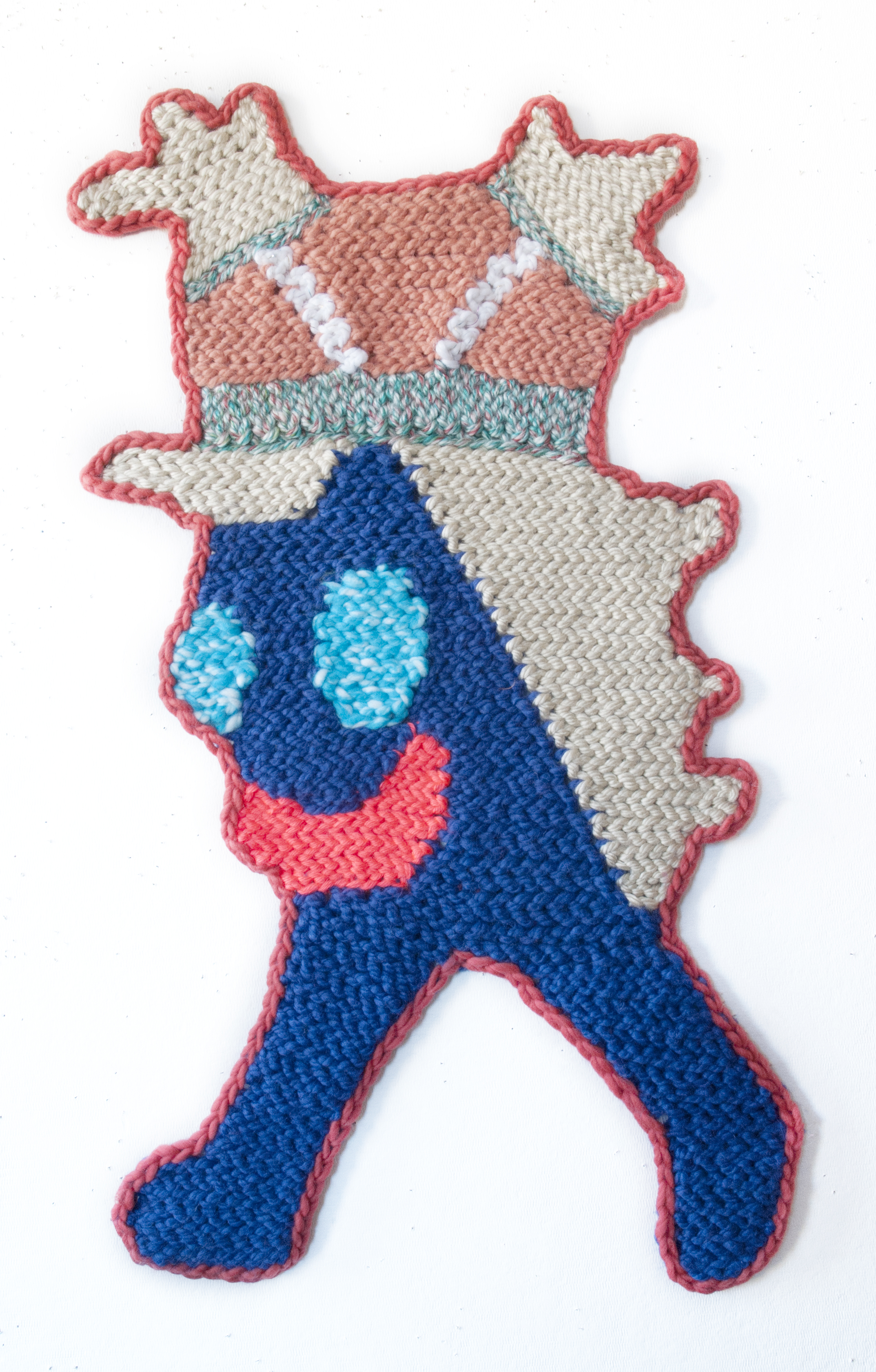 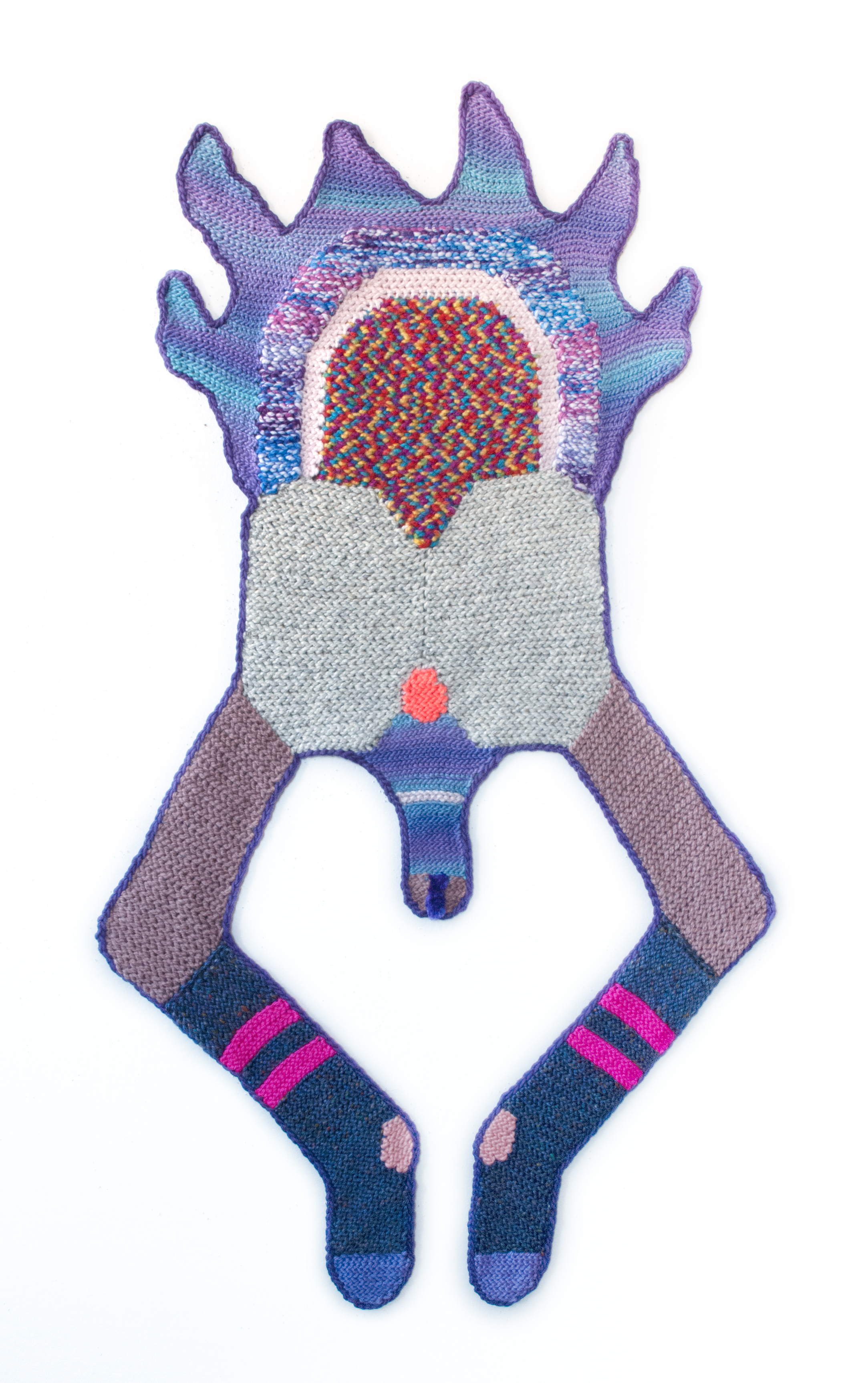 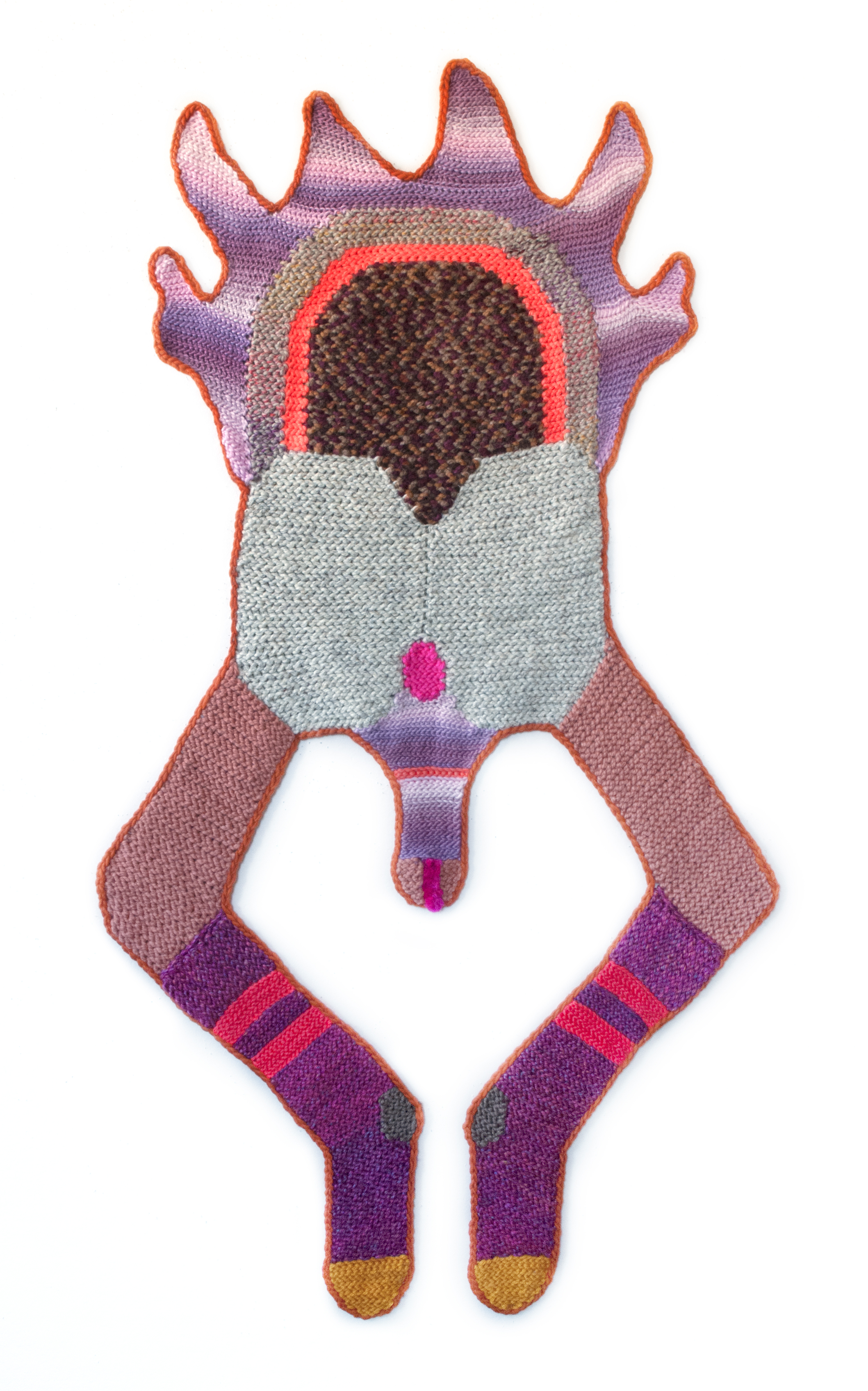 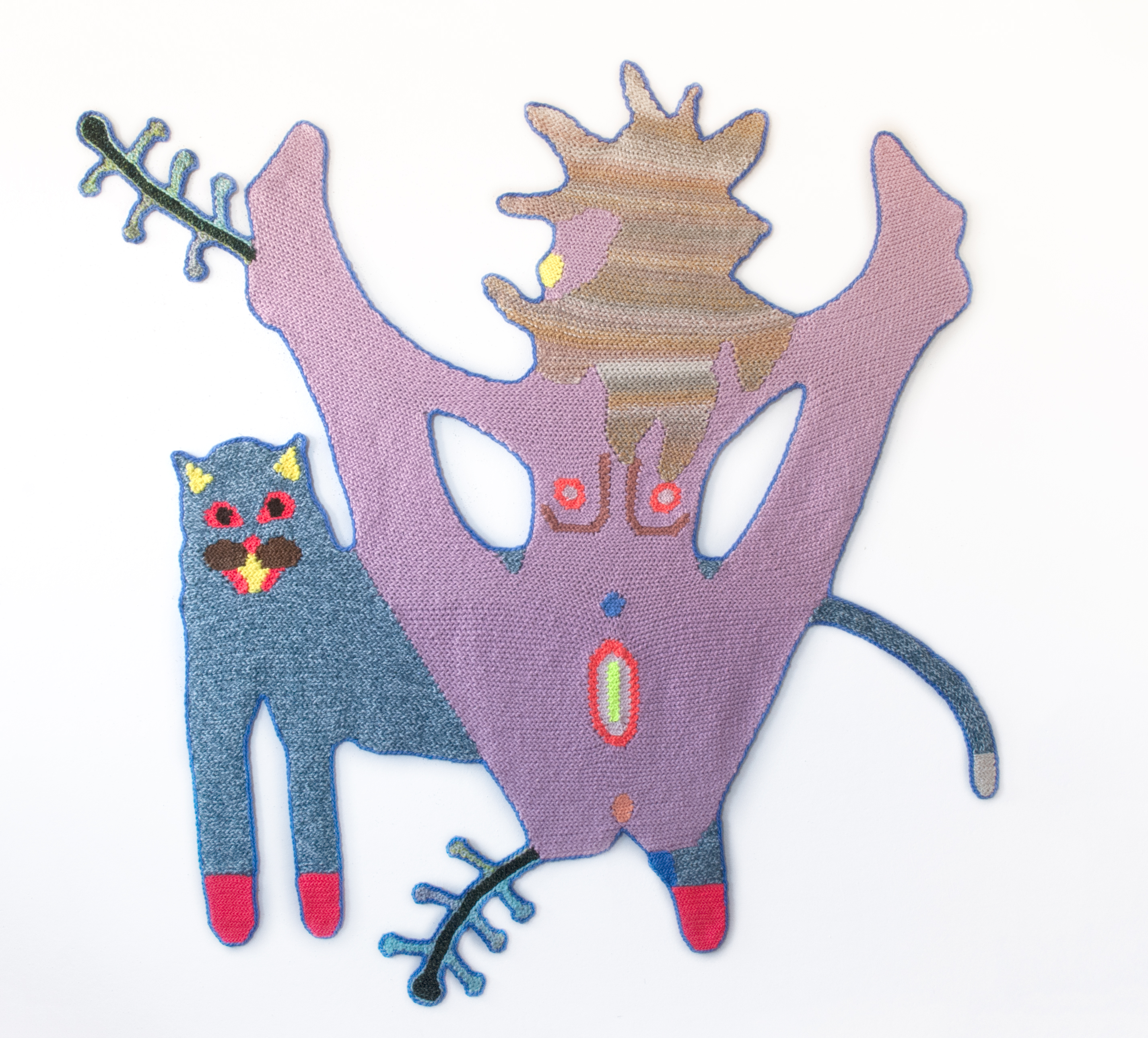 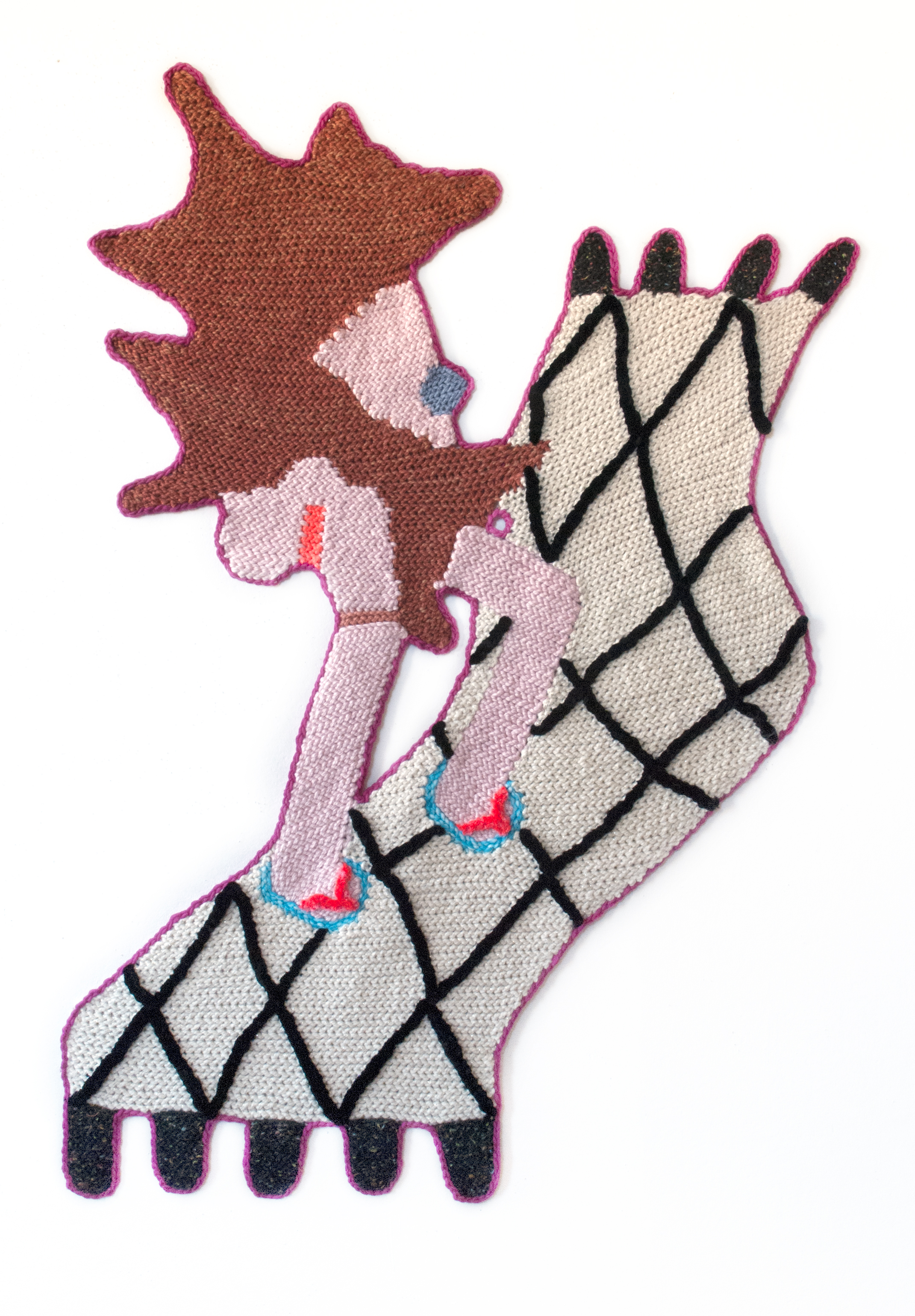 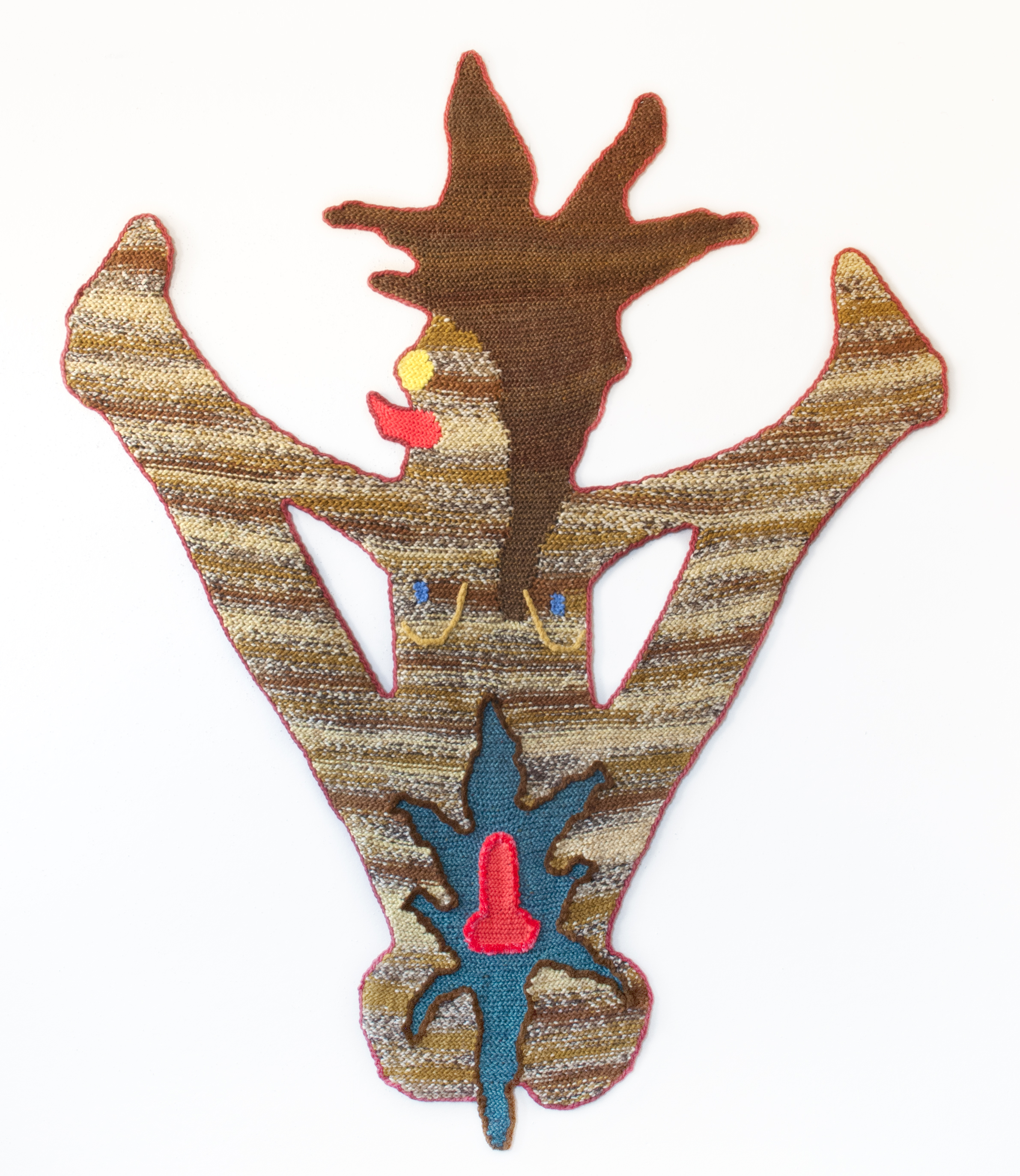 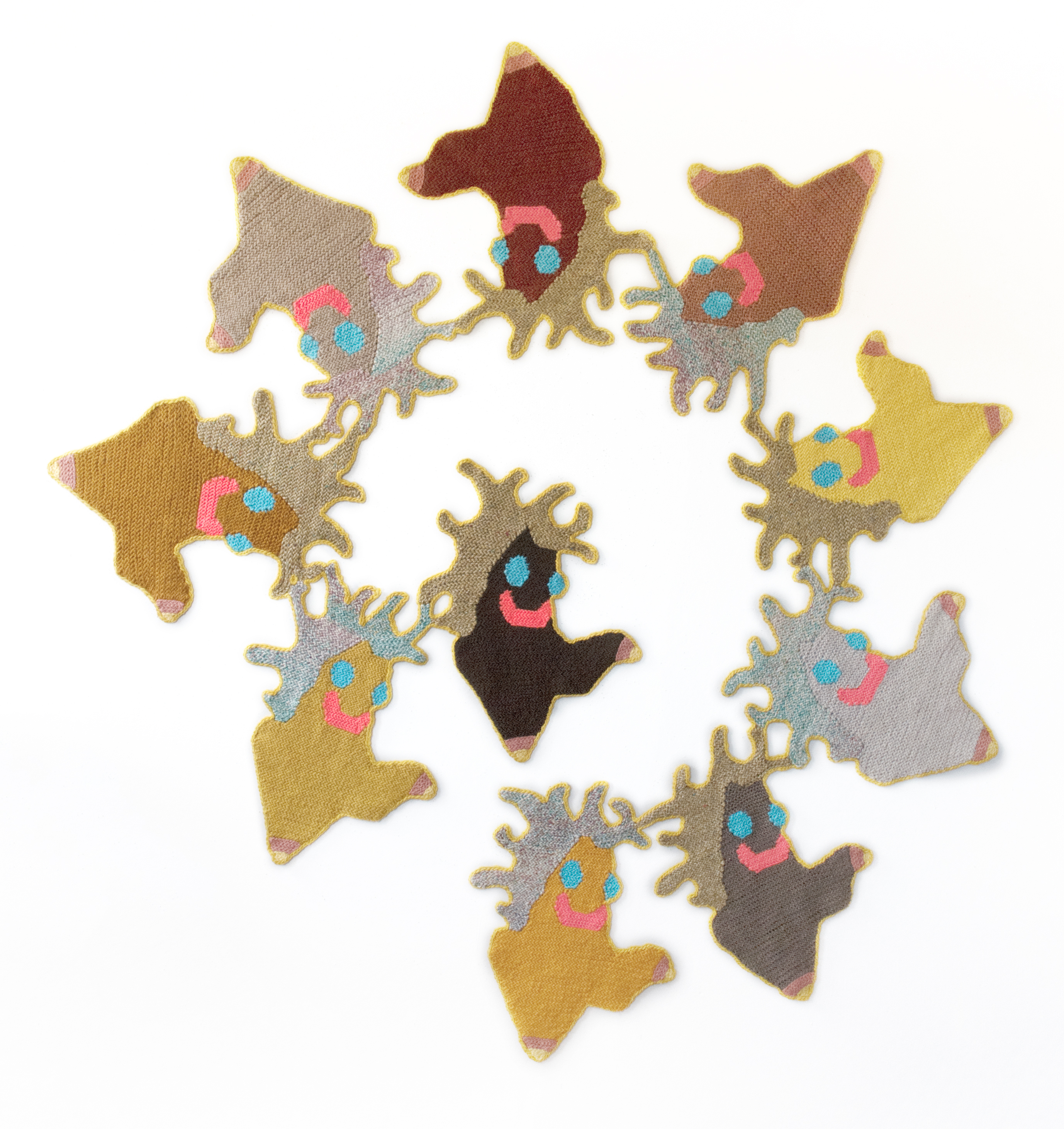 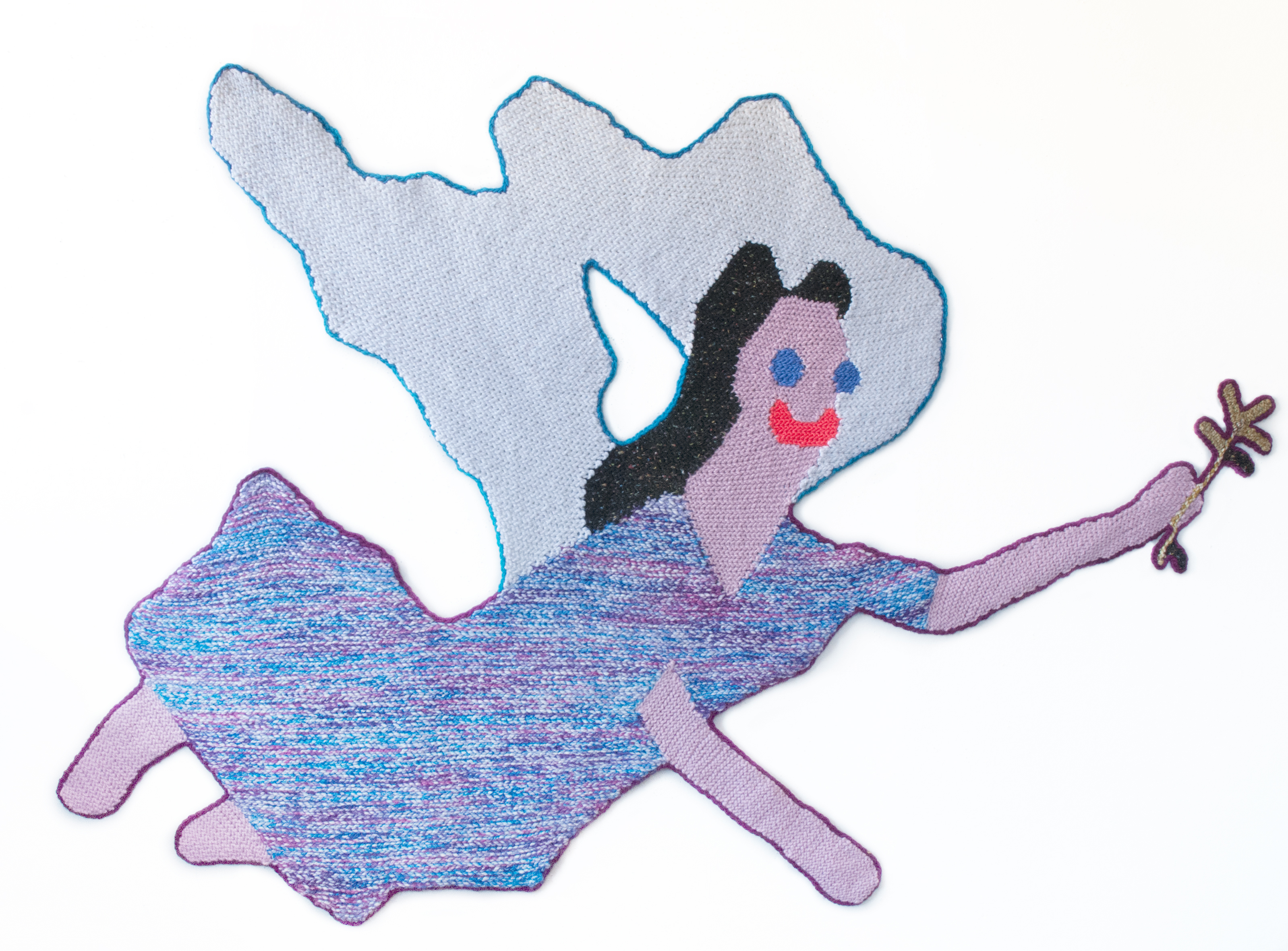 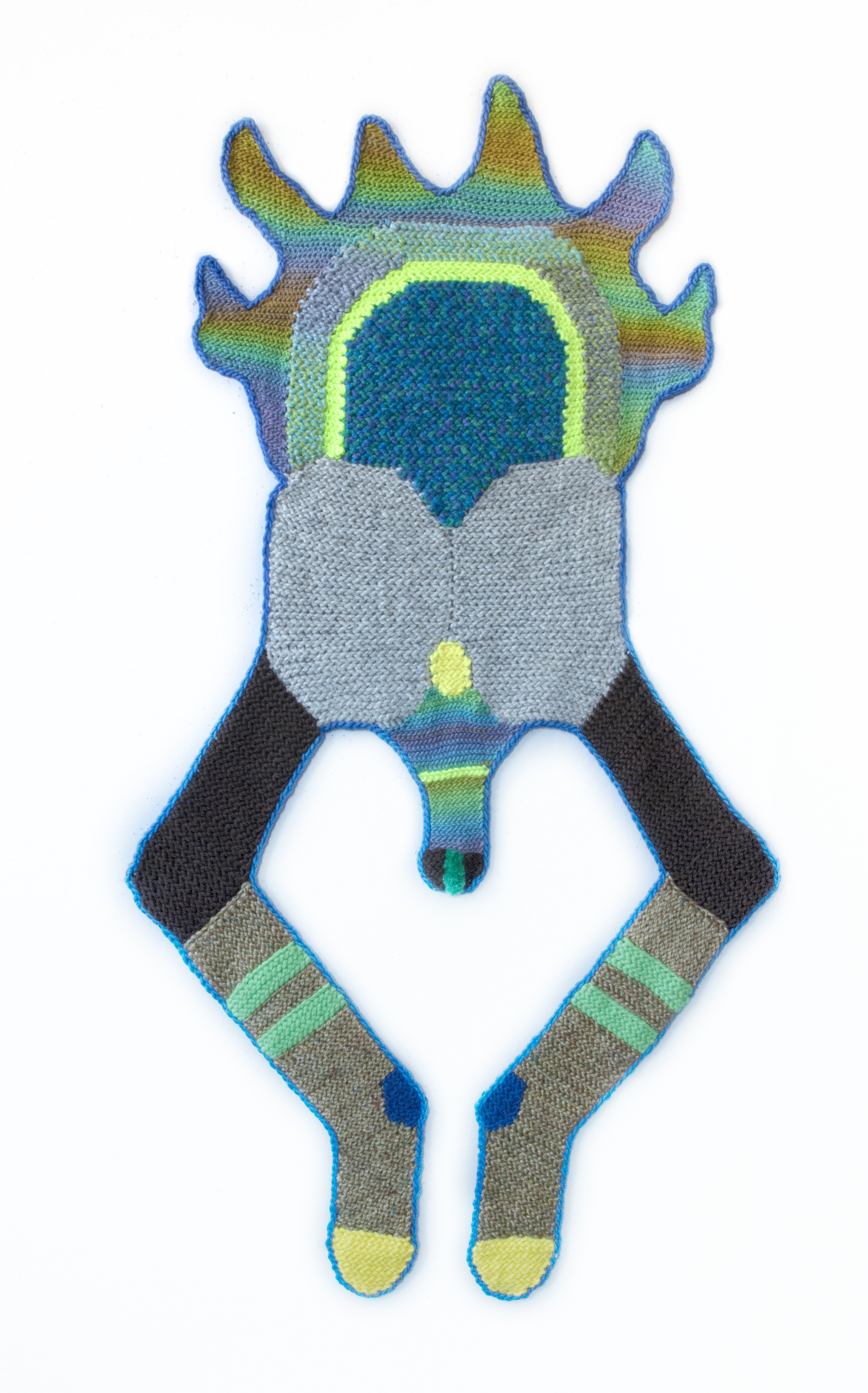 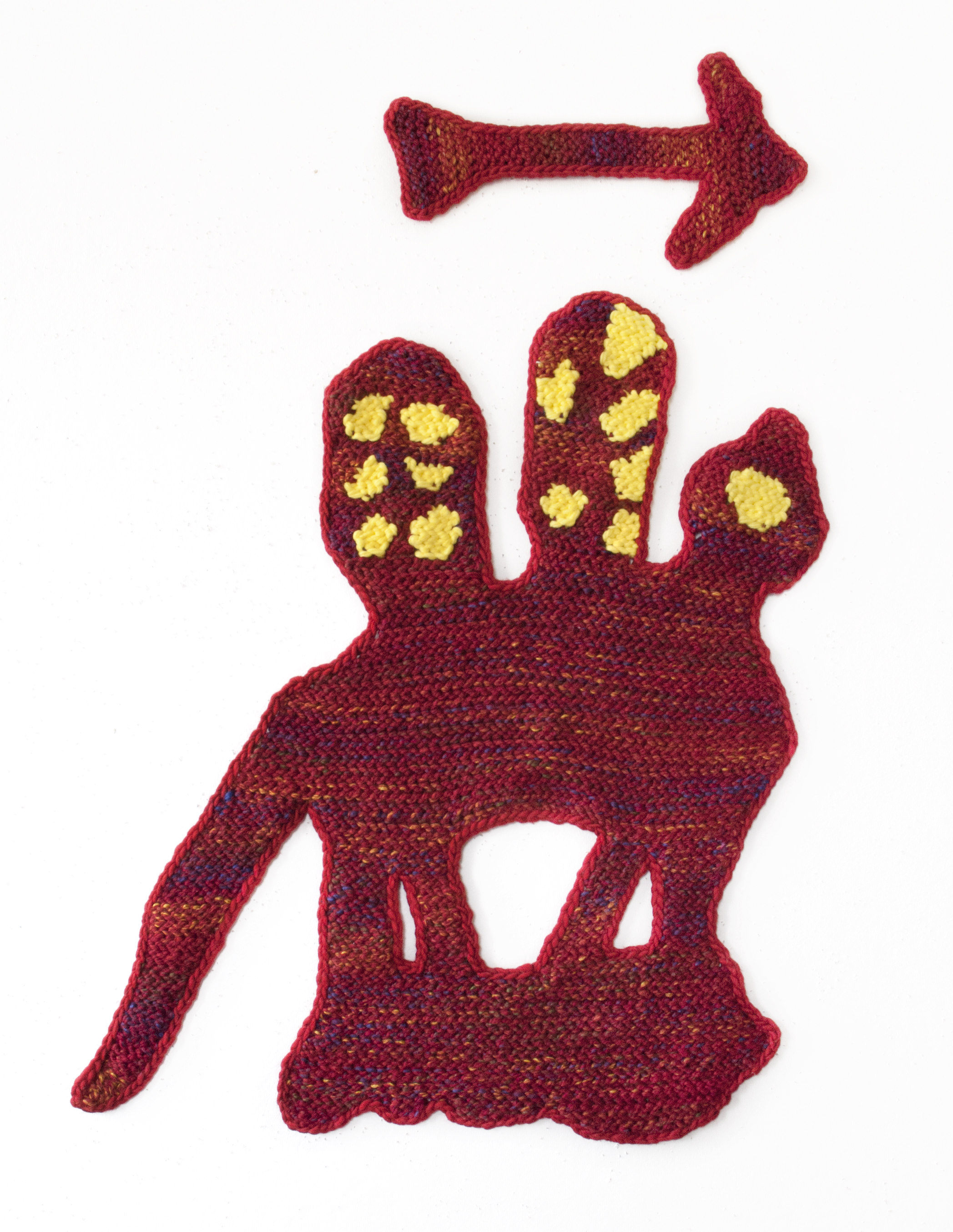 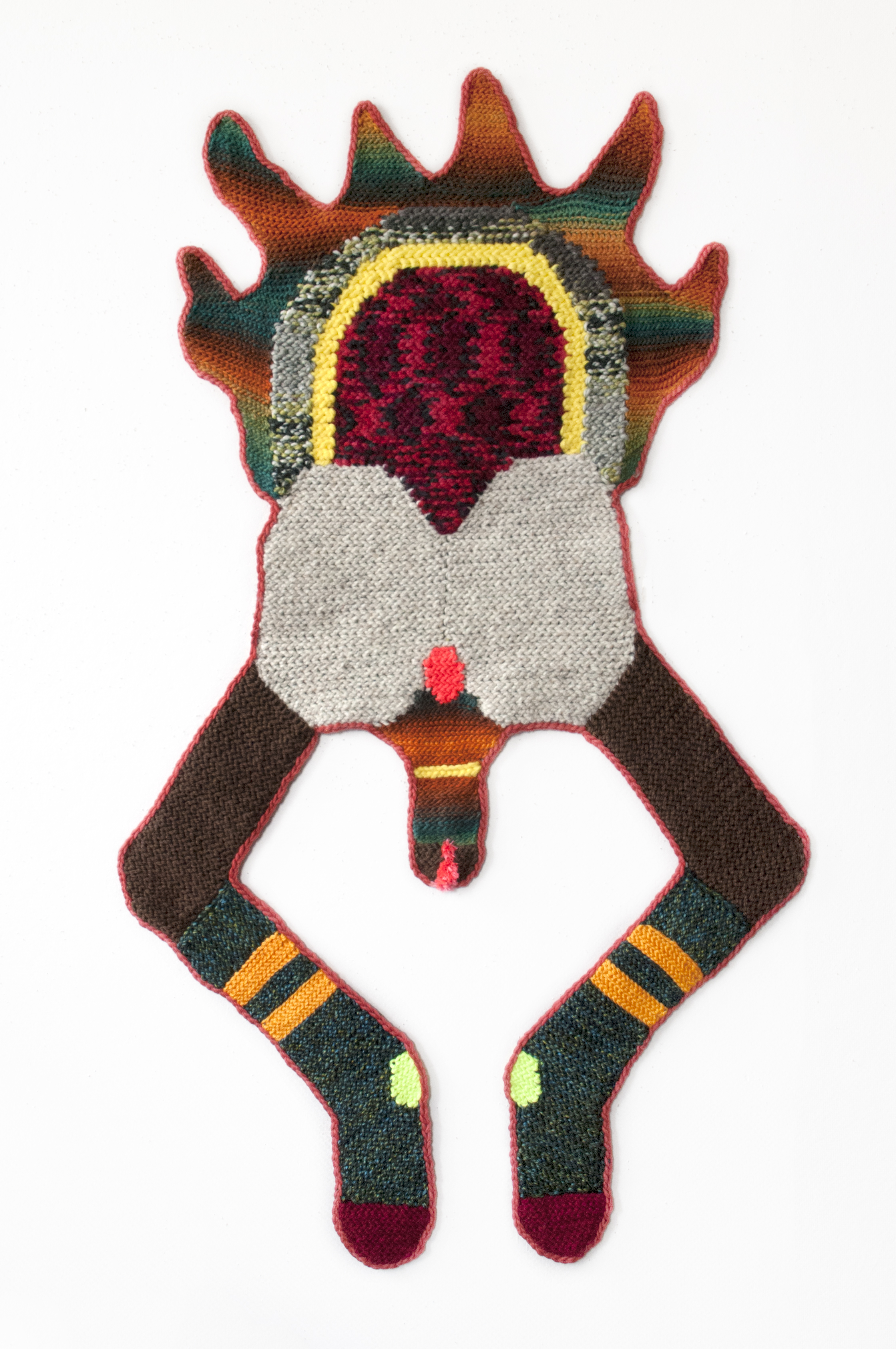