From water to light, from Dada to Constructivism – Ella Bergmann-Michel

From water to light, from Dada to Constructivism – Ella Bergmann-Michel

Ella Bergmann-Michel was born in Paderborn in 1895 and studied from 1915 to 1918 at the “Großherzogliche-Säschsische Hochschule für Kunst und Gewerbe” in Weimar, which became Bauhaus in 1919.

She was an active member of the association “Das Neue Frankfurt” in the early 1930’s. She died in Vockenhausen the 8. August 1971.

Ella Bergmann-Michel was a graphic artist, photographer and film-maker. As artist she preferred paper as a medium and was passionate about science and technological progress.

From 1917 Ella Bergmann-Michel experimented intensively with material collages and assemblages. Bergmann’s assemblages surpassed the contemporary Berlin Dadaists’ works and anticipated the experiments of her friend Kurt Schwitters by two years.

She strived for a fusion of biological and technical matters. In the early 1920’s, she turned plants or figures to elegant machines. A dancing lady (Untitled B151, 1917) or a bleeding plant (Composition B 149, 1923) became strange floating robots.

Around 1923 Ella began to explore ways of representing the physical properties of light. She pasted cutouts of images taken from physics textbooks, combined them with ink lines and watercolor planes. Her interest for cinema and photography influenced her series of collages named “sphere pictures” or “Portraits de Rayon”. She played with transparency and surfaces in Sonne, Mond und B210, 1925. By positioning a biomorphic shape in a key spot, she questioned how nature can integrate into a technical world, resulting in a non-symbolic, lyrical-constructive use of light. 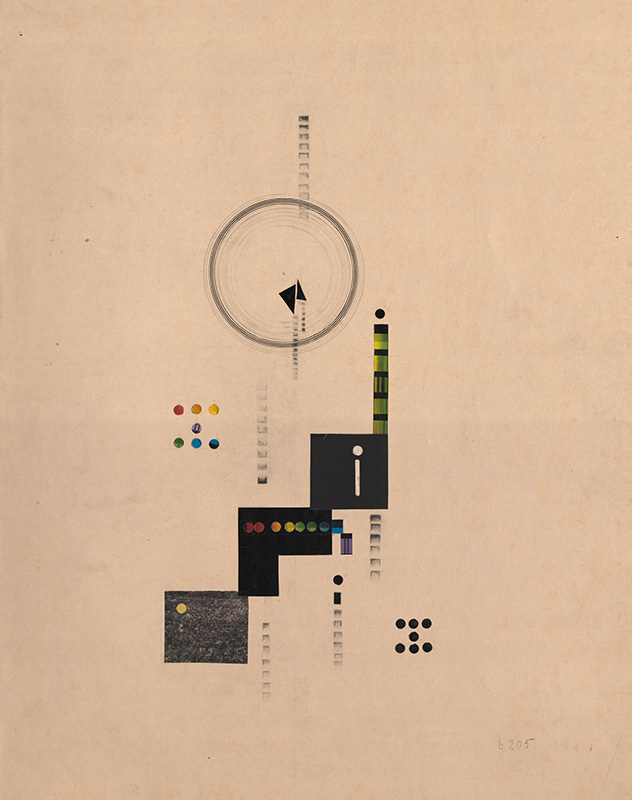 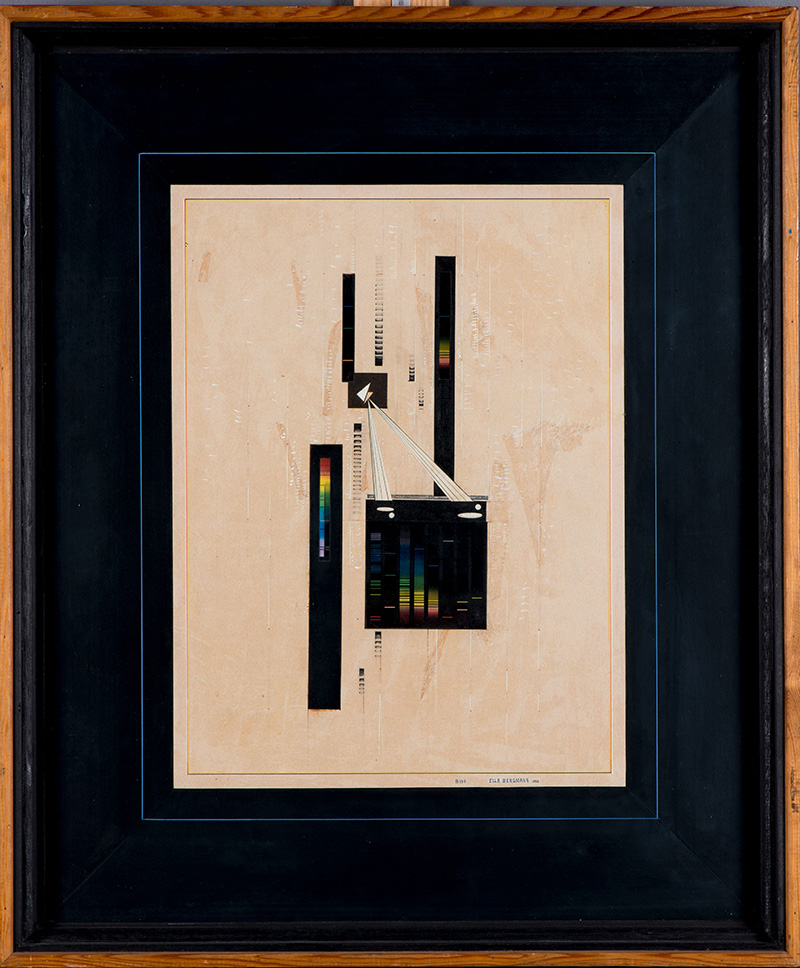 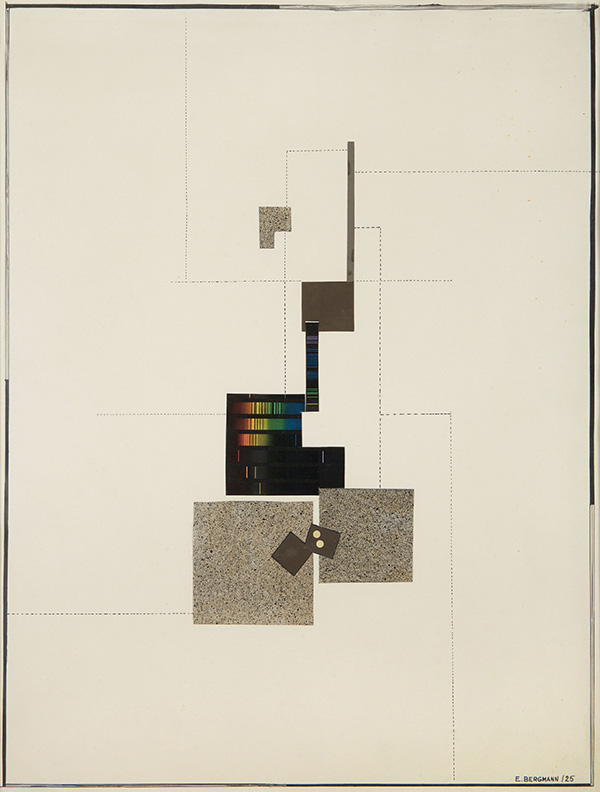 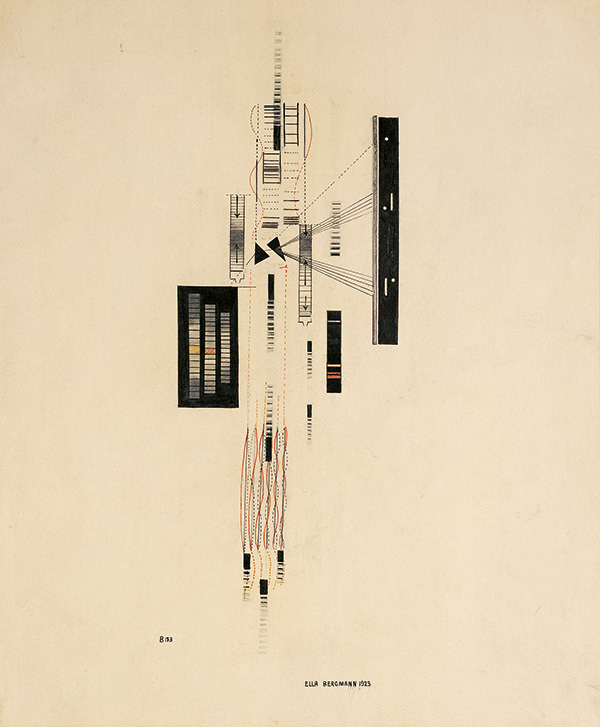 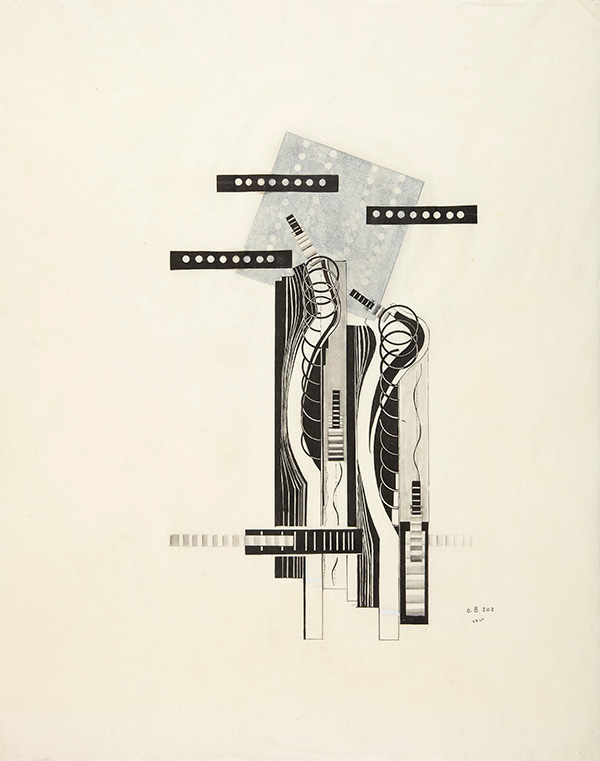 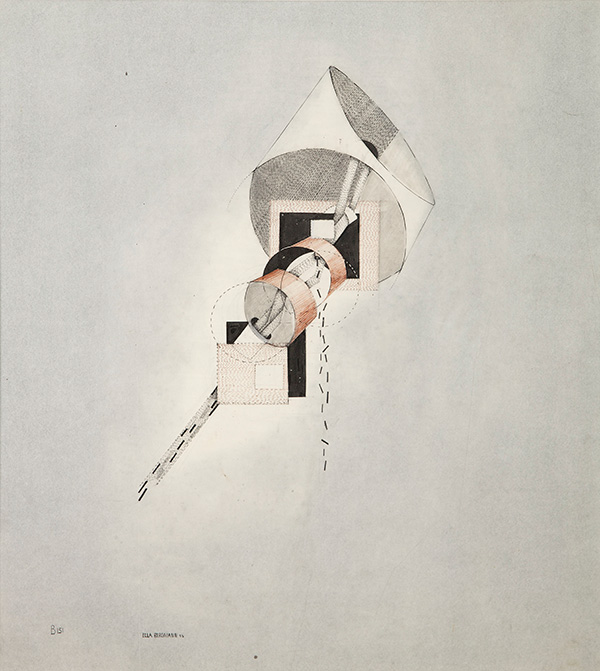 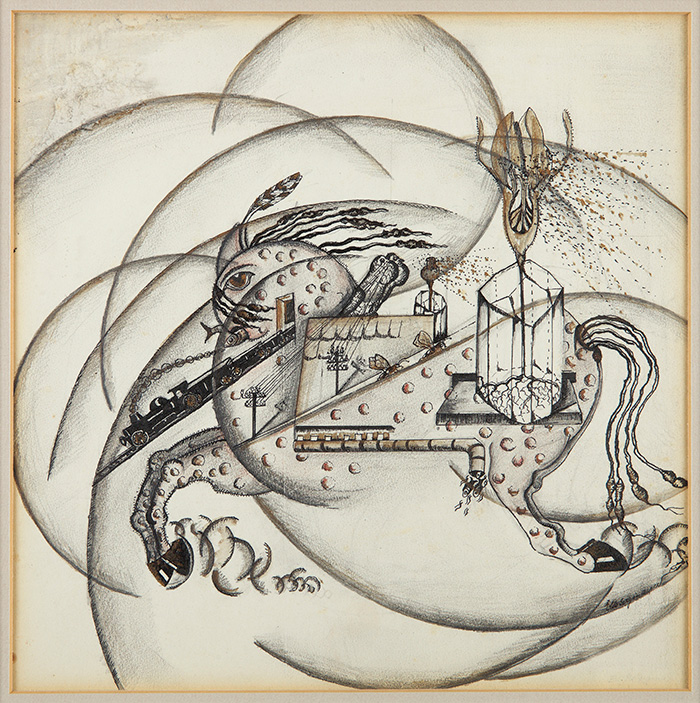 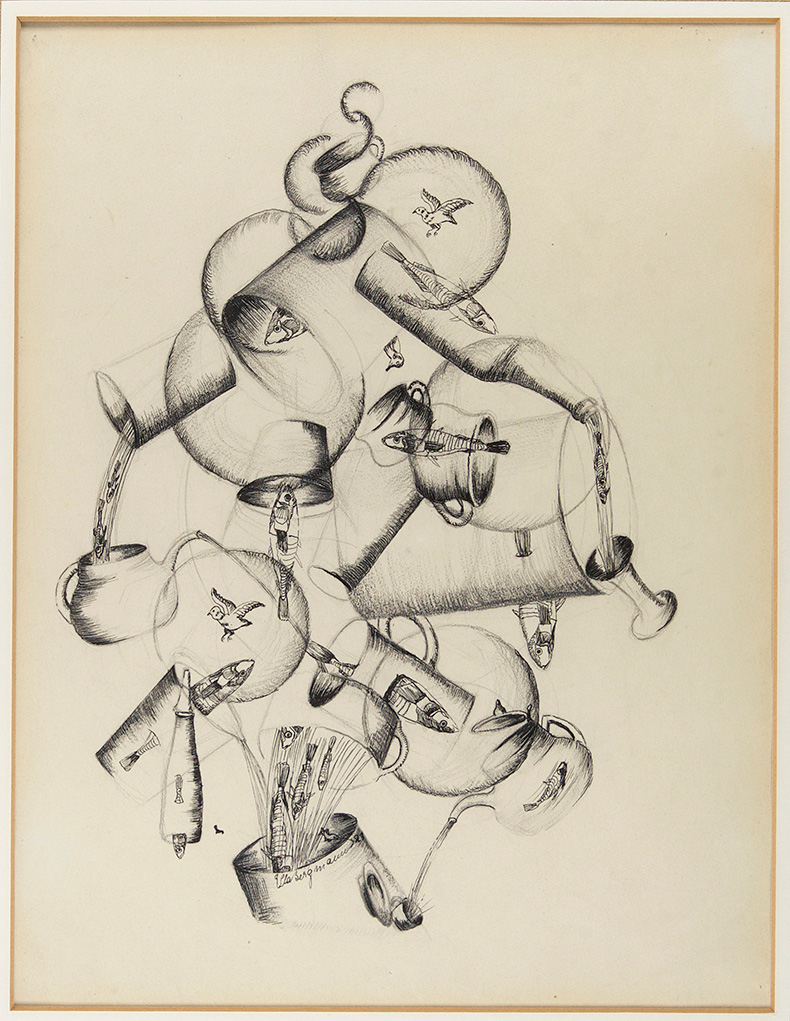