THE PLAGUE IS ME – KENDELL GEERS

The Plague Is Me. Une vie de détournements.
Kendell Geers

Galerie Eric Mouchet is pleased to present The Plague Is Me, une vie de détournements, a new personal exhibition by South African artist Kendell Geers, running from 15 October to 17 December 2022. Fourteen years following his retrospective at MAC Lyon, The Plague Is Me offers a panorama that unfurls the thread of the artist’s thought. The exhibition covers thirty-four years of artistic reflection and gives an opportunity to discover founding works never before unveiled before the public, works whose impact resonates with gravity in the face of contemporary social issues.

He’s known as the enfant terrible of contemporary art, the one who relieved himself into Duchamp’s Fountain at the Venice Biennale in 1993 and exploded a bomb in a museum in Glasgow: Title Withheld (Blow), 1993. His mode of expression has changed since then: his actions are less physical, but the revulsion is still there.

Controversially at the time, he painted his Afrikaner face black with a seal of poetry in white that shouted “Fuck” at the spectator while protesting against his own identity as a white man. His work is anchored in violence and questions his legitimacy to defend colonised African cultures. Decades before blackface became scandalous, he was already highlighting a crucial issue, that of appropriation: appropriation of codes, language and appearance, and usurpations of identities that are as assertive as they are illegitimate.

Self Portrait (1995), fragment of a broken Dutch beer bottle, is today one of his most famous self-portraits (it is also his only work entitled “self-portrait”). The first physical representation of Kendell Geers, however, dates back to the performance Bloody Hell in 1990. Because he couldn’t be considered African owing to his white skin colour (but what makes one African? His family has lived in Africa for almost three hundred years continent), he carried out a ritual of repentance, cleansing away and healing with his blood the abuses committed by his family of Dutch settlers, giving birth to new, illegitimate flesh in the process.

Whereas violence and transgression are often perceived as lying at the heart of Kendell Geers’ plastic practice, inspired as it is by the writings of Georges Bataille and Julia Kristeva, violence and transgression are not just there by way of provocation. On the contrary, they convey the world of routine violence from which the artist hails. This more insidious violence is that of the exploitation and reappropriation of local cultural codes to impose a colonial will, this Western cultural empowerment.

It is easier to forget rather than recognize the violent exploitation committed in the past, even though there can be no doubt that it occurred. But even back then, Kendell Geers had not forgotten. His retrospective at MAC Lyon « Irrespektiv » (2008) was centred around his most decried installation: Kode-X (2008) brought together icons of adoration wrapped in red and white security tape of the kind used to demarcate crime scenes. Among them sat, larger than all the others, an effigy of Lara Croft (the world-famous plunderer of non-Western graves and cultures). At that time, subjects such as decolonization and cultural reappropriation were not yet part of the public discourse.

So, when he erected a “FUCK” as the last term that could elicit a reaction from people, Geers realized that the public saw it as just a new standard that had been set and a worn-out provocation. FUCK became a kind of capitulation that the artist could have indulged in. Like the civilization process of Norbert Elias, the power of words dissolves over time and loses its force and embodiment. But Geers reminds us that the word FUCK is also a magic word because of its two contradictory meanings. Depending on how it’s used, it can be a statement of hate or of love. The power of the word is fading though, and it is losing all its force in the 2020s following too much watered-down use in the fake news broadcast in the media.

More than a decade after his last retrospective, The Plague Is Me is also the story of how two curators met an artist who they discovered at university or in the Louvre school, and of their decision to rewrite a retrospective that has not yet been told. 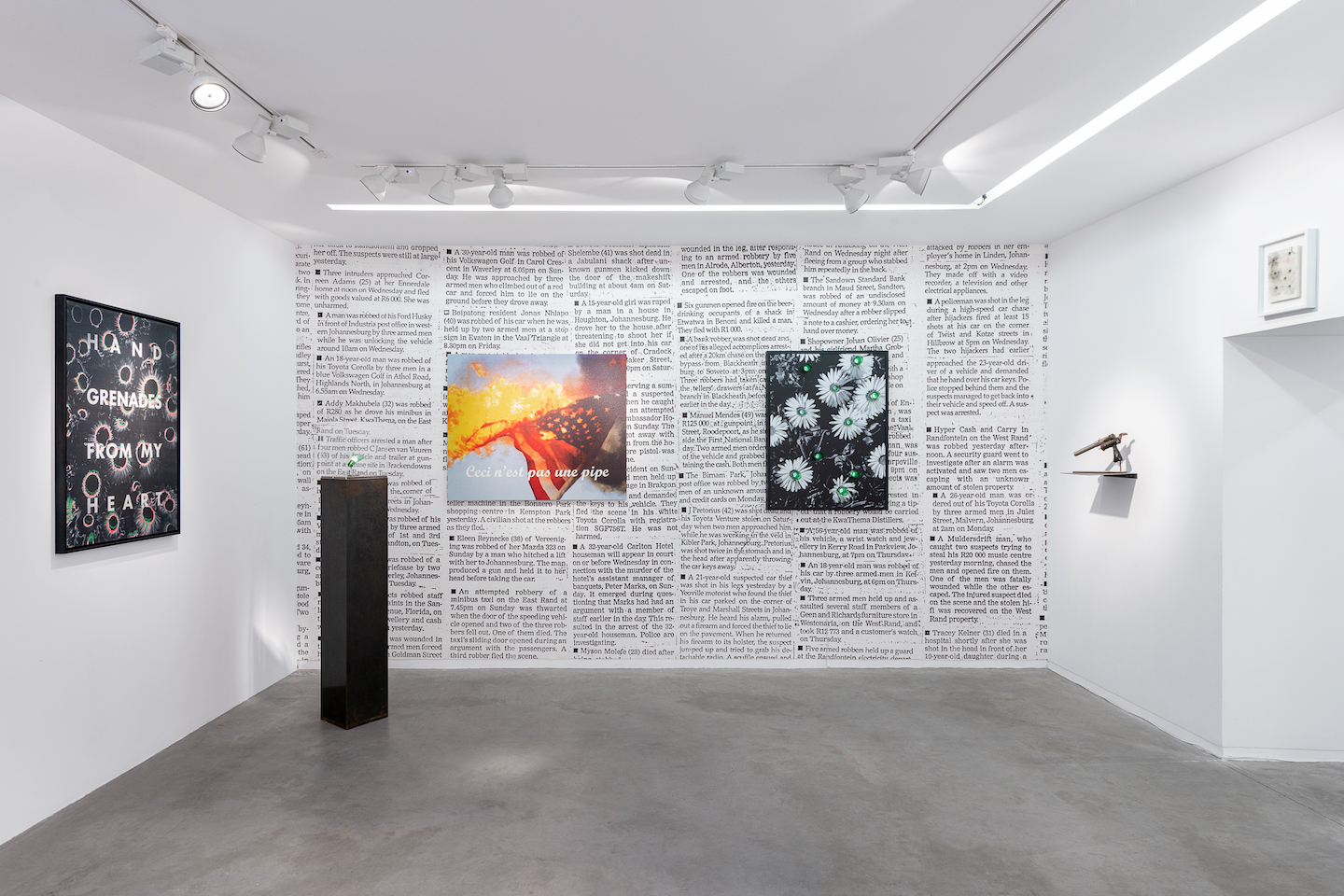 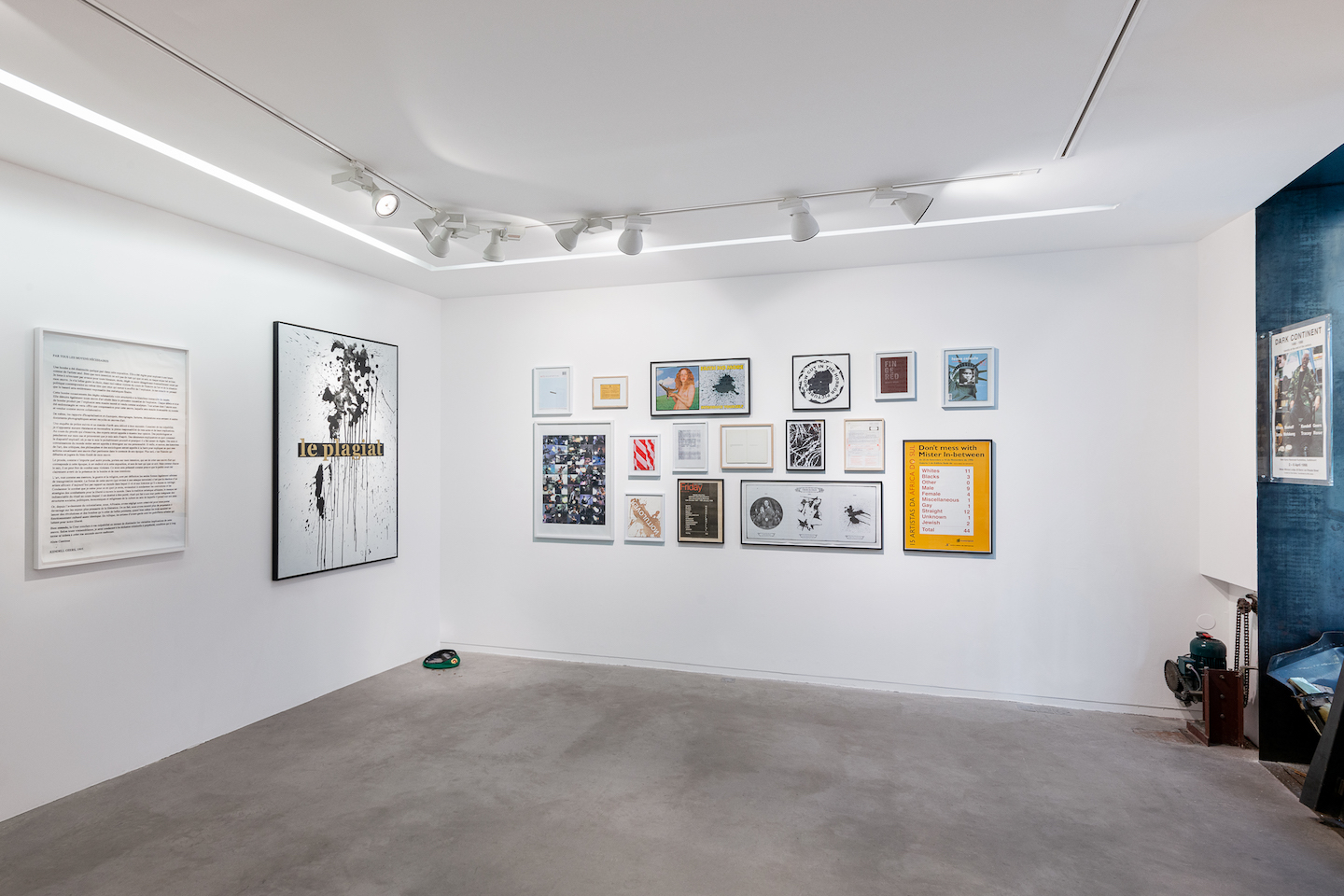 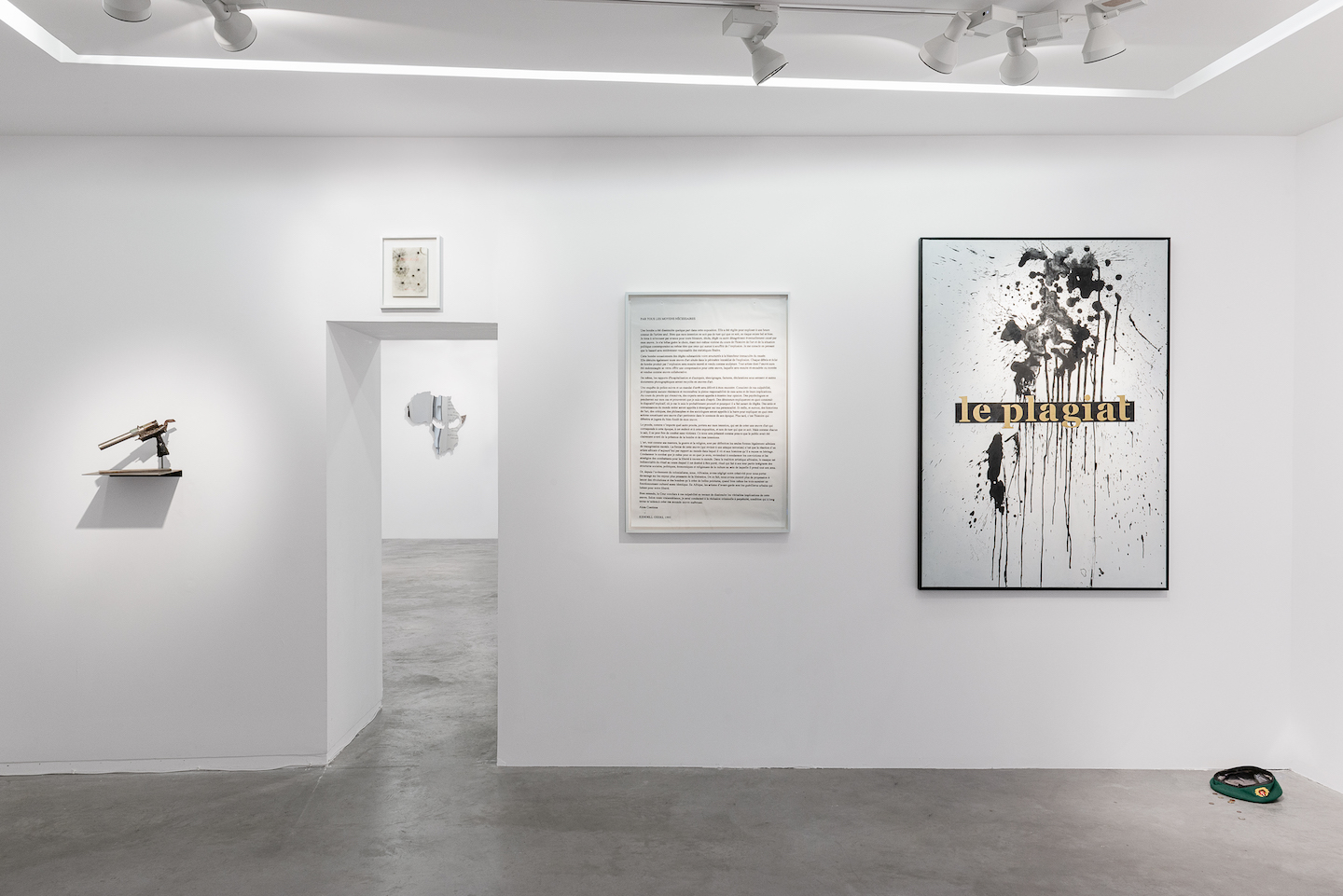 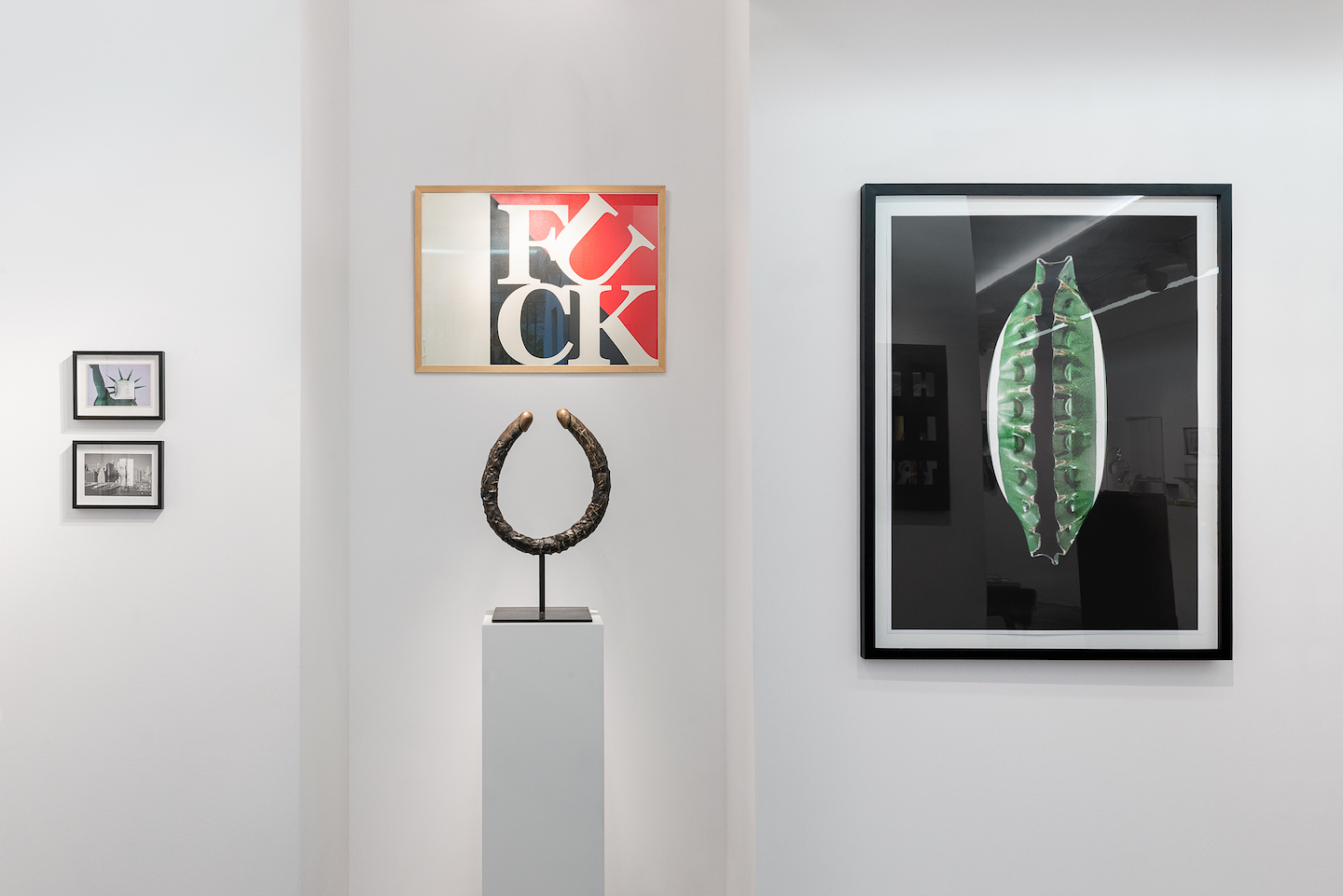 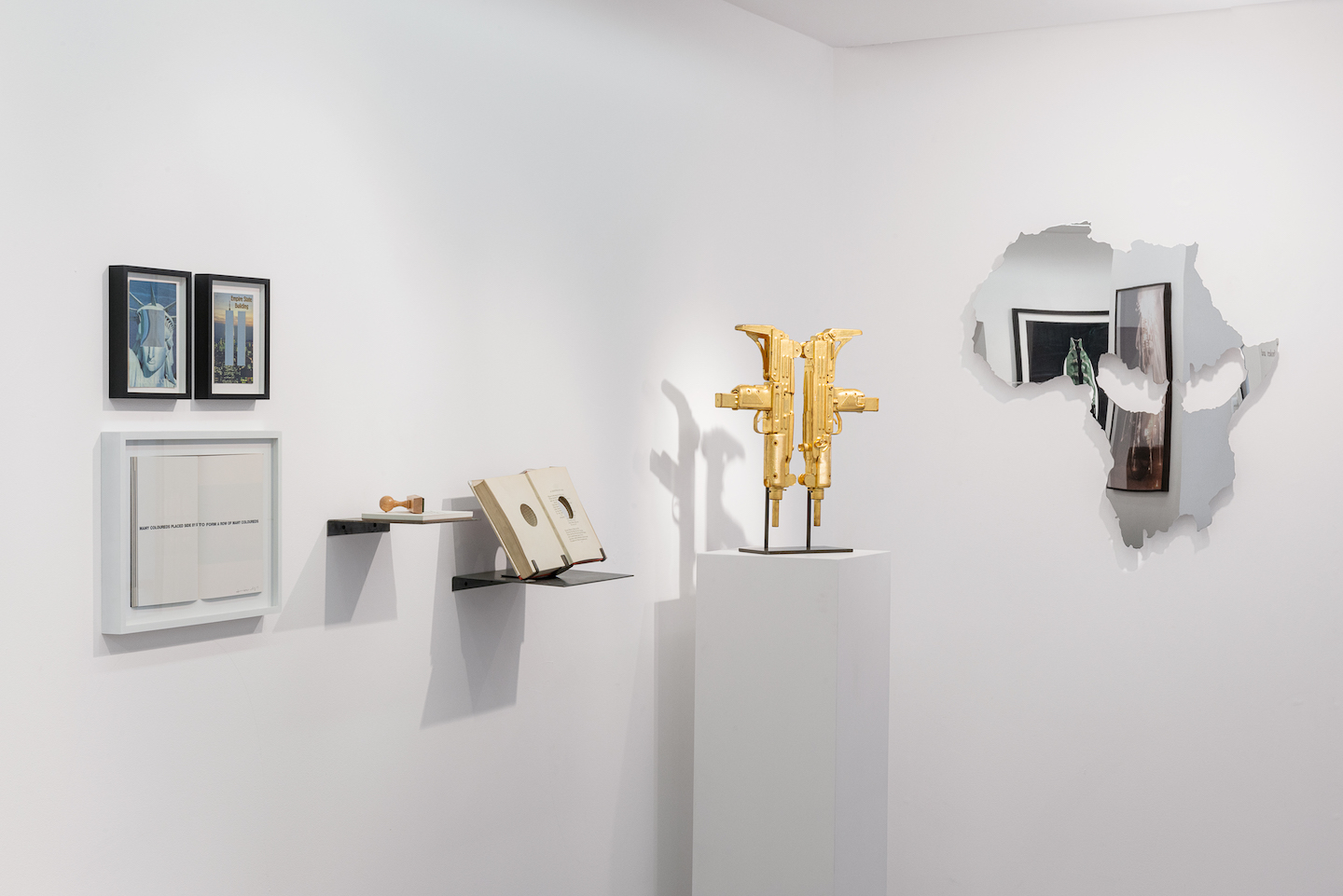 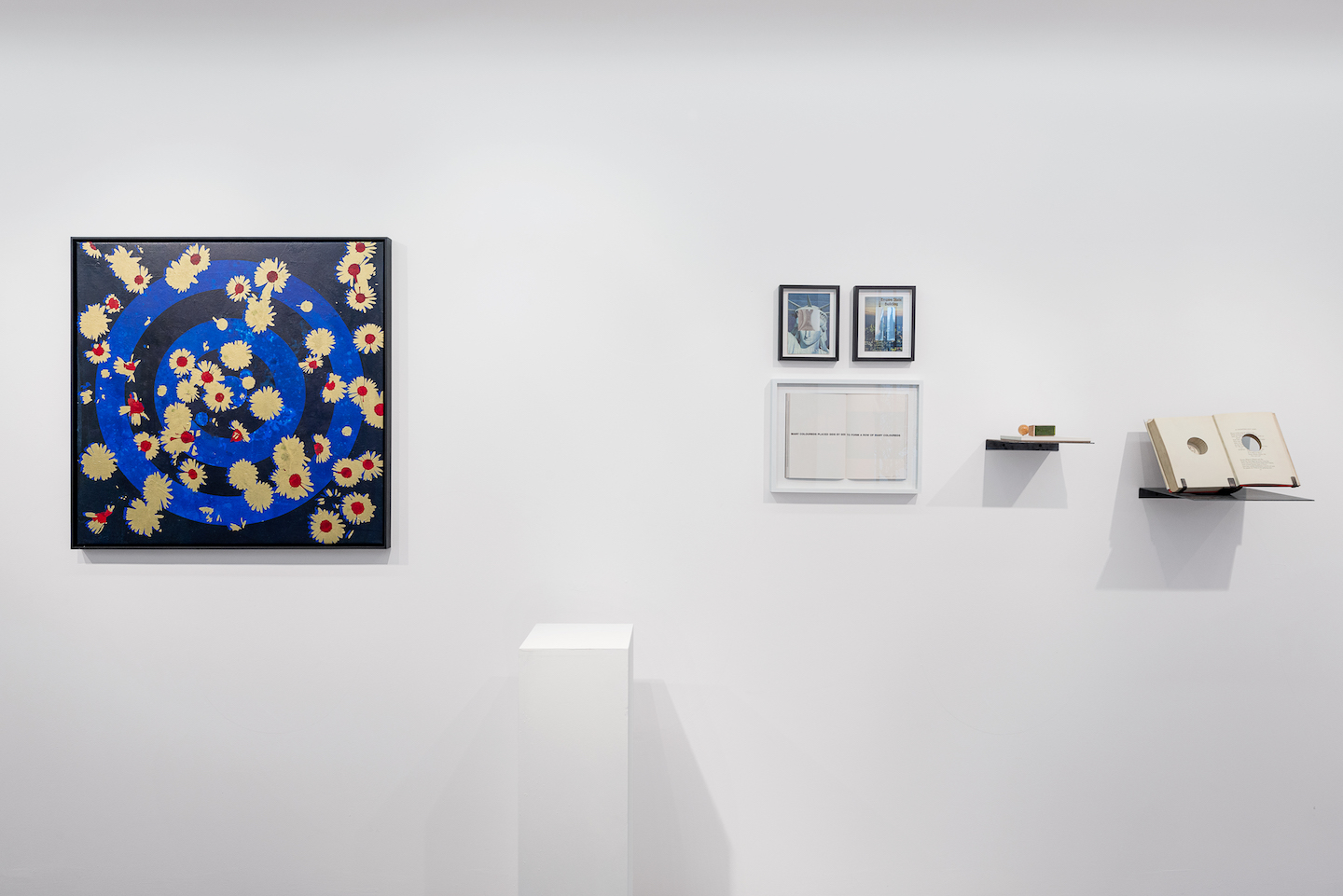 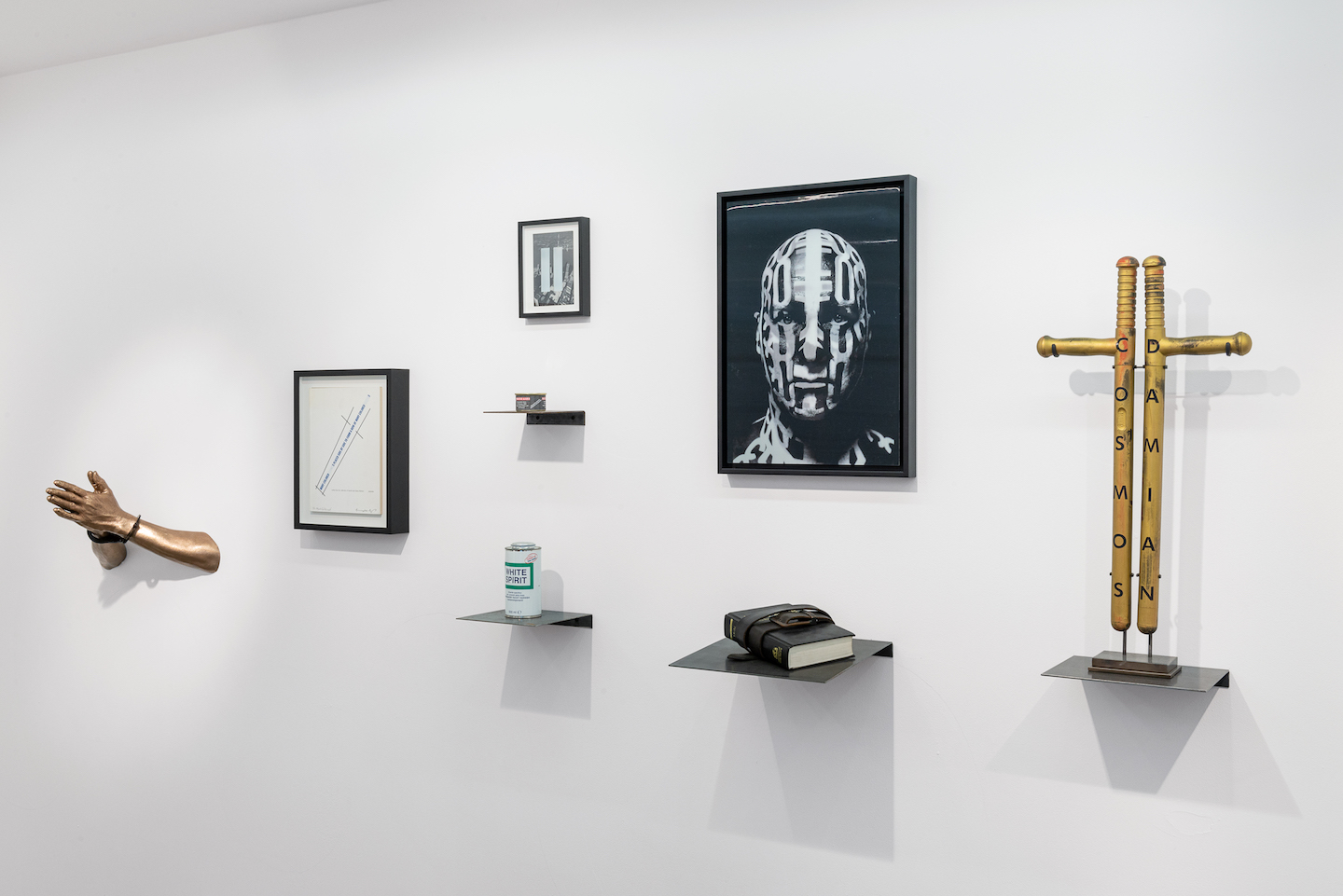 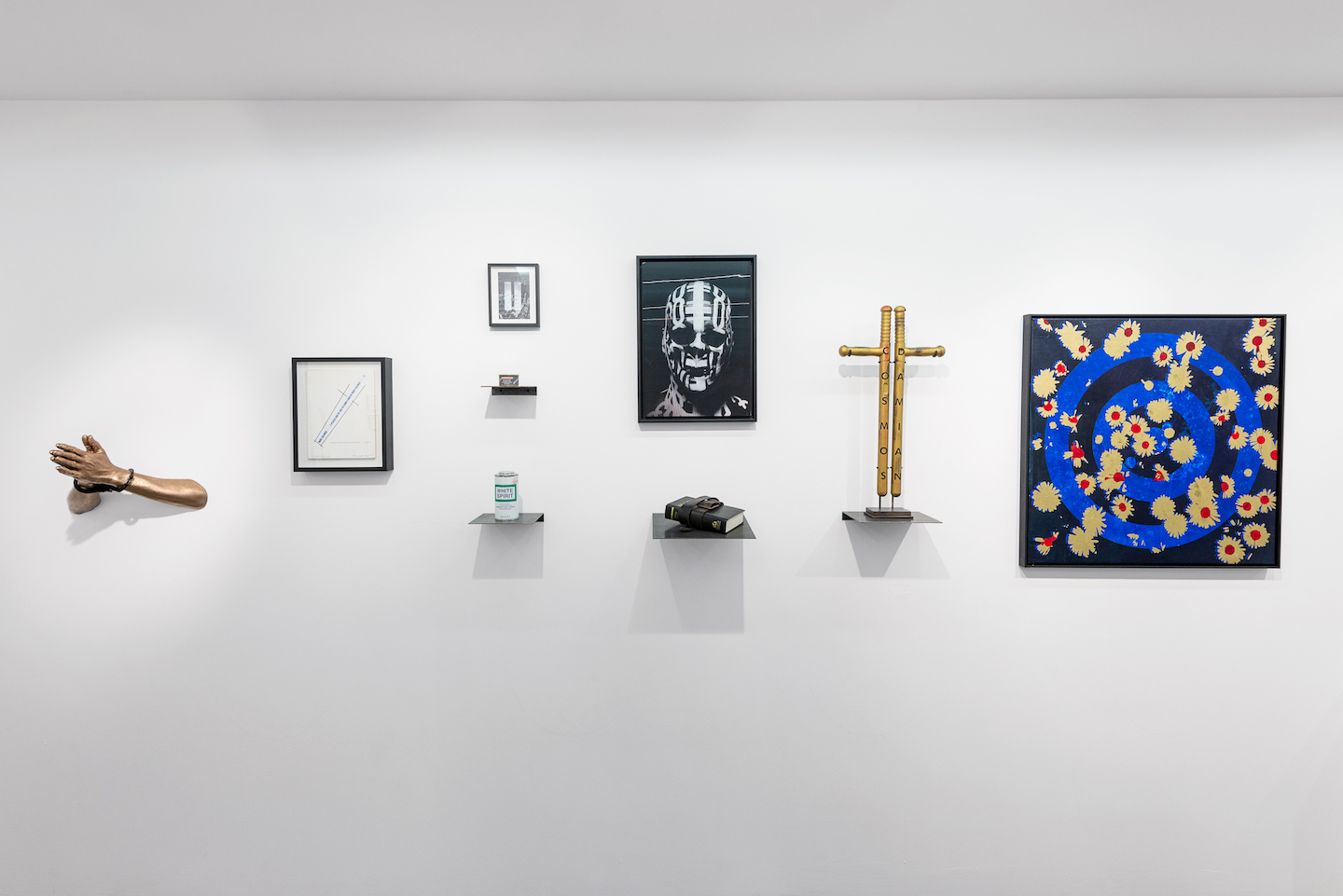 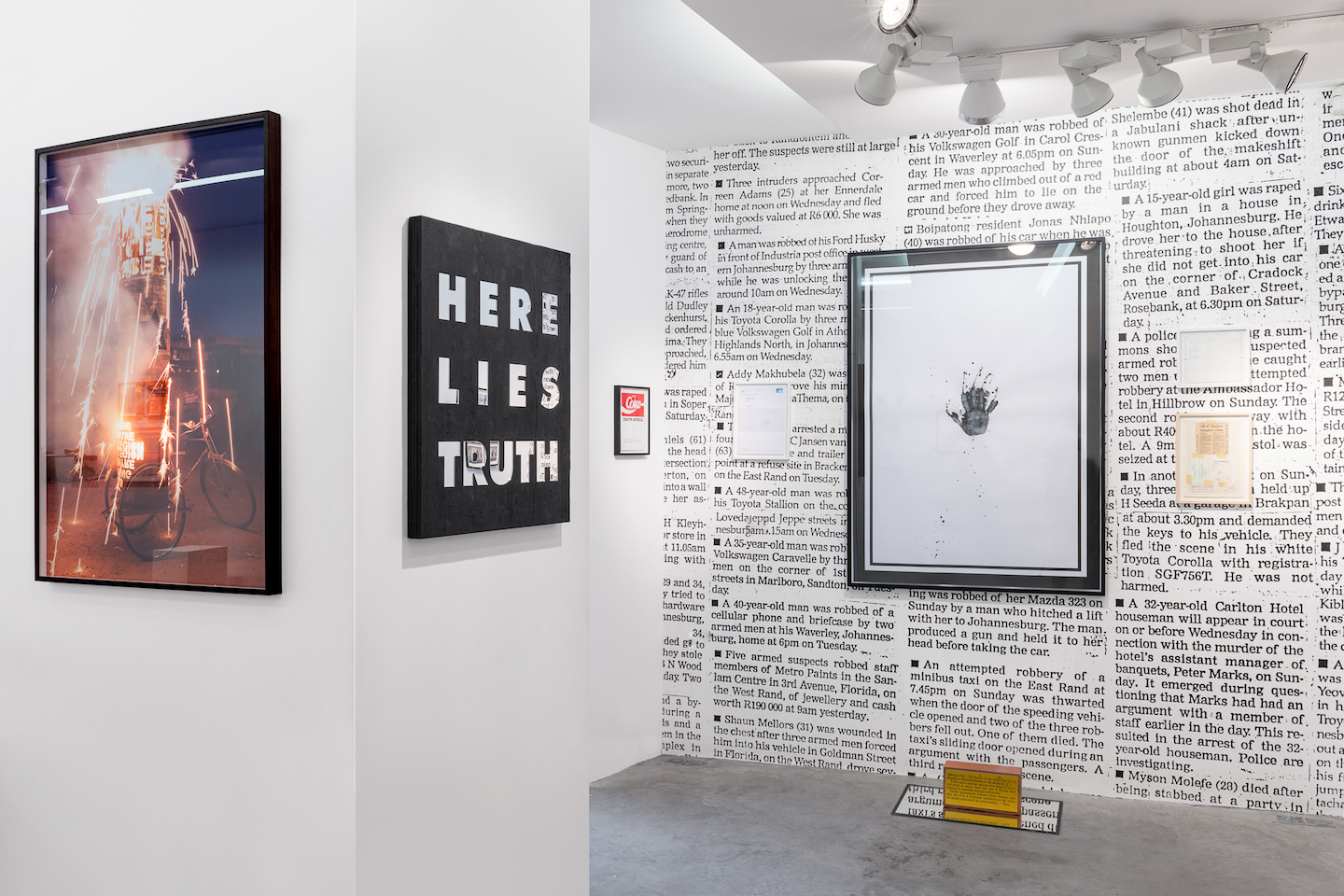 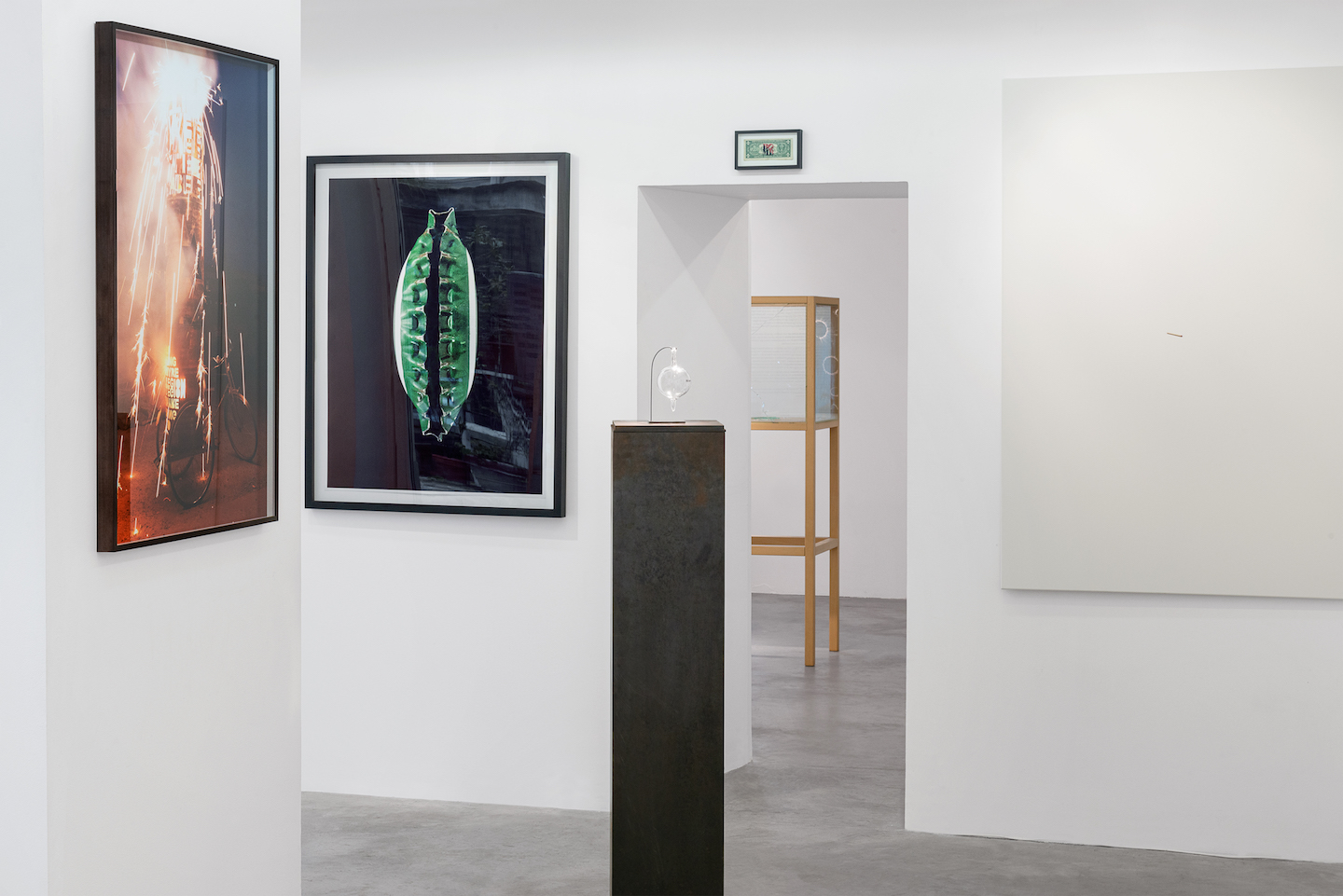